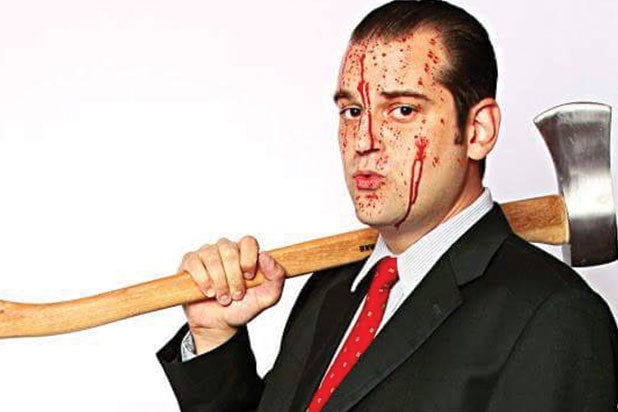 If you’ve ever found yourself deep in a Reddit thread, wondering who has the time, energy and patience to wade through all the old evidence and counter-evidence surrounding shows like “Serial” and “Making a Murderer,” it’s time to meet Justin Evans.

Evans is so fascinated by murder cases that he quit his day job in 2015 to spend more time trying to solve them. He walked away from an $80,000 annual salary, but become a respected expert on Reddit and his own podcast.

Someday, he hopes, he may even crack a case.

“I had been lying to myself for 20 years that I was happy,” he said of his old job as a domain administrator. “Talking and analyzing murder cases and how the system works will always get a smile out of me.”

His life as an internet sleuth led to him spending hours every week examining the life of “Serial” subject Adnan Syed, and later Steven Avery and Brendan Dassey, the men convicted in “Making a Murderer.” He intensely examined the theories and counter-theories in the cases — but second-guessing of his second-guessing led him to eventually abandon “Serial.”

“We ended up removing that case because Adnan had such a following that you are not allowed to say anything that’s even remotely questions about his actions,” he said.

Evans has a sense of humor about his new role: When we asked him for a photo of himself, he sent the one you see above.

Evans’ work often means re-examining decisions by juries. So of course his new life began by serving on a jury himself in 2012.

“I was called to jury duty for a first-degree murder trial and I served on the jury and saw how a court actually functions in a murder case,” Evans said. “I wanted to talk about it, so I called my friend and told him that I wanted to go on the record and discuss how I put a man away for the rest of his life and how jury selection works.”

Evans, now 39, grew up in southern California but moved away to Kansas in 1988 when his parents filed for divorce. That’s where he finished high school, and eventually moved out on his own at the age of 18.

He started work at Sprint in 1999, but ownership switched to Embarq and then to Centurylink, where he worked from 2006 until December 2015.

His life’s calling changed with the summons to jury duty in 2012. The case he worked on, Howard Harmon’s trial in the murder of Sabrina Jones in May 2010, made him realize he was fascinated by murder trials and the criminal justice system.

He started The Generation Why podcast, in which he and his friend, Aaron Habel, discuss and share their opinions about murder mysteries, conspiracies and controversies.

“I started the podcast and episode one is me giving a play-by-play about my jury duty,” he said. “It was late 2012 when we started podcasting.”

He met his podcast partner, Habel, at a restaurant in 1993 when he was 16 years old.

“We were dishwashers and he was wearing a psychic TV shirt,” he recalled. “I also listened to industrial/experimental music, which was a rarity in the Midwest during the 1990s. I told him, ‘I like your shirt!’ and he asked what my favorite band was. I said ‘Skinny Puppy’ and we’ve been pretty much best friends ever since.”

For the last three years, he’s been an active Redditor, even receiving “gold” a few times. The status is reserved for especially successful Redditors.

Since “Making a Murderer” debuted on Netflix in December, many Avery advocates have come up with alternative theories on who might have killed Wisconsin photographer Teresa Halbach. The theories have kept Evans busy both on Reddit and his podcast. He looks at all evidences and sides of his case, while trying to figure out which theories work and which don’t.

“I feel like I approach every case with weighing all the evidence so when alternative theories are brought up, I try to vet them,” Evans said. “I don’t try to find an alternative explanation, I just look at the mainstream storyline and then I look at the conspiracy theories, and I find out which one has the most weight.”

See Videos: From 'Making a Murderer' to 'JFK': 11 Movies and TV Shows That Caused Change

The series has perplexed him at times.

“During my first watch of the series, I felt that it was possible that Steve had murdered [Teresa Halbach], but my initial reaction was that Brendan Dassey should not have been charged at all,” he said. “Then, reading through the transcripts and evidence and watching the entire series again while taking notes, it’s more plausible that Avery should’ve been the prime suspect and that he should’ve been charged with the crime. But at the same time, I saw issues with the way they prosecuted him and the evidence. The guy probably killed Teresa.”

Of all the alternate theories out there, he’s most intrigued by the one that Charles and Earl Avery, Steven’s brothers, may have killed Halbach, because “they had access to the property.” (In a 2009 court filing obtained by TheWrap, Steven Avery said that brothers Charles and Earl Avery had the motive and means to kill Halbach. He later apologized, and the brothers did not respond to messages seeking comment. Prosecutors say that Steven Avery and Brendan Dassey are the only ones responsible.)

Evans says he tries to come up with his own opinions and not to have a “knee-jerk reaction” to cases. While he now believes that Steven Avery killed Halbach, he also believes that Avery’s new lawyer, Kathleen Zellner, will be able to get him a new trial and get him acquitted.

“She has gotten a real good track record and she is a powerhouse of an attorney,” he said. “She has overturned many wrongful convictions. As much as I do believe Avery is the one who did it, I think she can raise enough reasonable doubt and get him off because the investigators f—ed up.”