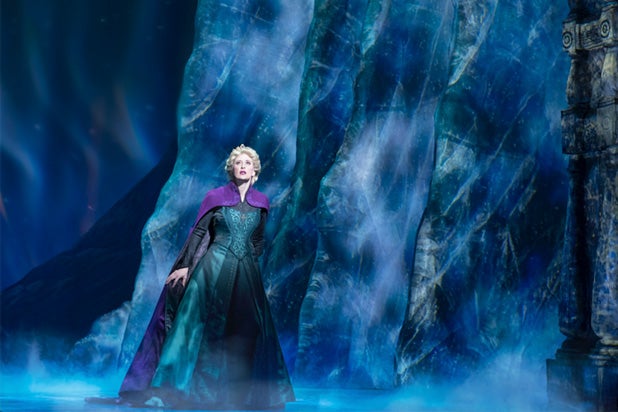 Look who decided to just let it go. The Broadway production of Disney’s “Frozen” will not reopen whenever theaters are able to resume performances, Disney announced Thursday.

The stage musical, which had a final performance on March 11 before New York Gov. Andrew Cuomo shut down all Broadway theaters due to the coronavirus pandemic, played 825 performances and 26 previews.

The show, based on the 2013 Disney animated blockbuster, opened two years ago to mostly mixed reviews but nonetheless drew steady audiences and grossed $155.2 million. It earned three Tony Award nominations, for Best Musical, Best Book (for Jennifer Lee) and Best Score (for Kristen Anderson-Lopez and Robert Lopez, who also scored the movie).

Disney Theatrical still plans to resume its North American tour of the show at some point in the future, with productions in Australia, the U.K., Japan and Germany scheduled to open by next year.

“Frozen” is the first long-running show to announce its permanent closure since the pandemic shutdown of Broadway in March. The closure was extended this week to September, but there’s no clear sign of when theaters will be able to safely resume performances.

“In the summer of 2013 when ‘Frozen’ began its road to Broadway two things were unimaginable: that we’d soon have five productions worldwide, and a global pandemic would so alter the world economy that running three Disney shows on Broadway would become untenable,” Thomas Schumacher, President & Producer Disney Theatrical Productions, said in a statement. “The extraordinary contribution of Broadway’s original company plus those who have joined more recently cannot be overstated.“

Ticket holders who purchased via Ticketmaster will be refunded automatically within 30 days. Those who purchased through other channels should return to their original point of purchase for information on refunds.