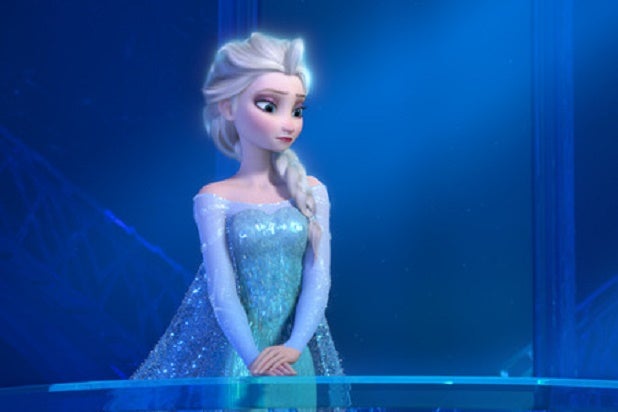 Or, at least many do. #GiveElsaAGirlfriend became a trending topic on Twitter Monday morning, which almost immediately seemed to divide the social media network.

Those campaigning for such a plot want to see LGBT representation from a major character in a Disney movie — particularly a princess. Plus, “Let It Go” is already such an anthem in the community, and “Frozen” is already one of the more progressive Disney movies to-date.

Those against such a move seem to be protesting on grounds that “Frozen” is a children’s movie, and not the appropriate vehicle to take such a stance.

Below is a combination of those for, and those against the grass roots campaign. Readers can let us know where they come down in the comments section, or by tweeting @TheWrap with #GiveElsaAGirlfriend.

The fact that #GiveElsaAGirlfriend is trending makes me so happy, I wish I had gay @Disney characters to look up to ????????

#giveelsaagirlfriend if it's "okay" for a girl to date a beast&sexualize a fish, then ofc its okay to date the same gender. #loveislove

Disney has to #GiveElsaAGirlfriend because lesbians deserve fairy tales too – https://t.co/Ygj3ruy6QS #tales https://t.co/VTQYblTVJK

#GiveElsaAGirlfriend there is no reason not to, it's time to teach children of all genders that homosexuality is just as normal and valid

It would be so great if @Disney were to #GiveElsaAGirlfriend
There are multiple race princesses, now there needs to be more diversity
❤️????????????????

#GiveElsaAGirlfriend WE NEED THIS. So many families could benefit from this, lets bring kids up to accept all kinds of love.

#GiveElsaAGirlfriend ? I'm not with it

Why? This is a CHILDRENS FILM #giveElsaAGirlfriend pic.twitter.com/XXWSoXJqLh

#GiveElsaAGirlfriend? No I'm sorry but this is sickening.

#GiveElsaAGirlfriend , are y'all fr? Why does everyone have to be "gay" now? Disney characters? Wow.