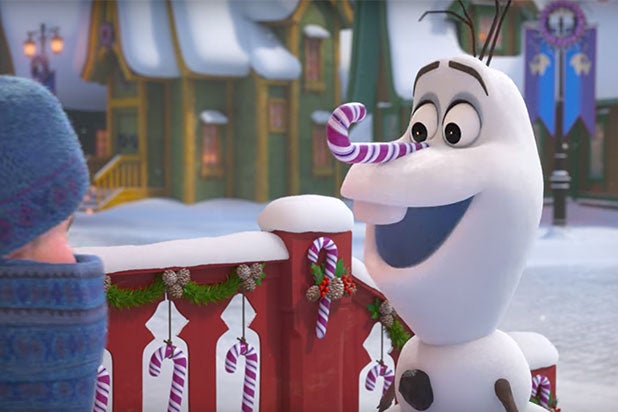 The 21-minute film follows Olaf, Anna and Elsa during the holiday season, as Arendelle is left empty while villagers head home to spend time with their families. When Anna and Elsa tell Olaf that their family has no family traditions of their own, Olaf goes door-to-door asking other families how they spend the holidays.

During a sneak-peek clip, the audio short-circuited, leading to a surprise appearance from Olaf’s voice actor, Josh Gad, who sang a new song from the film live for the crowd. Gad and Bell also presented a travelogue from “Frozen” directors Chris Buck and Jennifer Lee, who traveled to Scandinavia to do research for “Frozen 2.” That film is slated for release November 27, 2019.

“Olaf’s Frozen Adventure” will make its debut as the opening feature for Pixar’s “Coco,” which hits theaters November 22.