Why is the FTC getting involved, and what can it do?

The FTC has statutory authority going back to 1914 to look at different industries, and we have been very, very involved in [examining] the online marketplace. It is natural for us to think about the future of news. It is about the new media that is a voice of that. It is about old media. 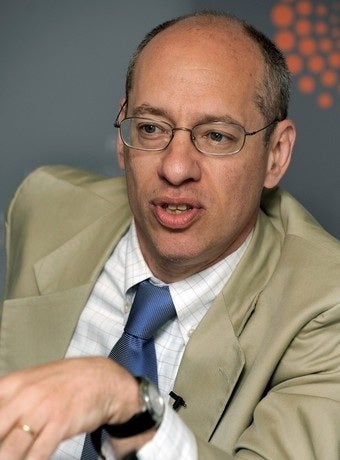 Certainly there is a problem. But as you think about what the answers to the problems are, at this point it is pretty amorphous.

In a functioning democracy, people need to be informed and sources of news are enormously important. I think as we all know, they are incredibly embattled.

Can the FTC decide that?

No. No. What we are trying to do is look at this issue and quantify the nature of the problem and to help policymakers think through what if anything they may do going forward.

Can the FTC do that without doing some evaluation of how well newspapers are doing to sell themselves — to attract new readers, or bring in revenue?

What we are looking at is much, much broader than that [the antitrust exemption or newspapers alone].

We are going to have economists and journalists and bloggers and people from different parts of the news media, and we are going to think through [what is occurring] and what the future will look like and whether that future — which might be a handful of newspapers and [TV] networks that don’t have nearly as much reach as they once did and 5 million bloggers — is a good thing for American democracy. But can we do anything about it?

We are going to invite a lot of smart people on different sides of this issue to educate us. This is what we do in a variety of contexts in our workshops.

This is a really important public policy issue, and we think we can add, as we have in a lot of other areas, an objective voice that can point industry or lawmakers in the right direction.

So you will write a report?

I think that is where we are heading. We haven’t said that yet, but I think we will do a series of workshops and then do a report.