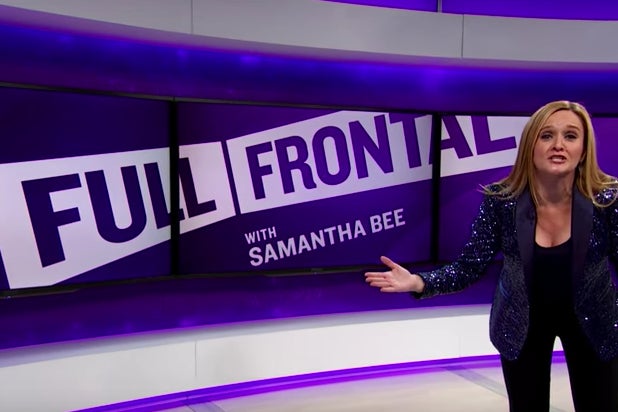 “We were fortunate to start our show in an election year, and I’m so grateful TBS has picked us up for two more seasons which will see us through the 2018 midterms and bring us into the 2020 election season,” said Bee. “It’s promising to be a real s–tshow and I am counting on our viewers to coax me out of my panic bunker and get us through it.”

“No one does political comedy like ‘Full Frontal'; a two-season pickup is an obvious decision,” added Thom Hinkle, executive vice president of original programming. “Sam and her team have been relentlessly incisive in their satire, and the awards recognition and their growing viewership reflect that. Along with new episodes, expect more specials and a lot more blazers.”

Finally, “American Dad” has been ordered for another pair of seasons. The Seth MacFarlane cartoon will become part of a new Monday animation block with the upcoming “Final Space.”

“Full Frontal with Samantha Bee” will return to television Wednesday, February 7 at 10:30 p.m. on TBS.