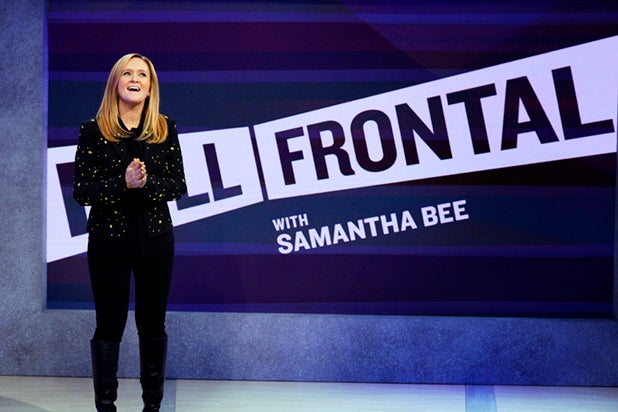 TBS has ordered a fifth season of “Full Frontal With Samantha Bee.”

The renewal comes as no surprise, as the talk-show host signed a first-look deal with TBS late last year. Along with the renewal, the network also extended that deal with Bee and her production company Swimsuit Competition. Among the projects in the works at the company are “The Untitled Amy Hoggart Project,” a spin-off series from Full Frontal” correspondent Amy Hoggart.

Having premiered in 2016 as the only female-hosted late-night program, “Full Frontal With Samantha Bee” will continue through the 2020 presidential election.

“I’m beyond grateful for the opportunity to continue doing this show for another season,” Bee said. “Excited to still be at it when Trump finally gives up the presidency at the end of his fifth term, January 2036. I heard he’ll be leaving to spend more time with his family. JK JK.”

According to the network, “Full Frontal With Samantha Bee” reaches nearly 4 million viewers per episode and currently boasts more than 300 million YouTube views.