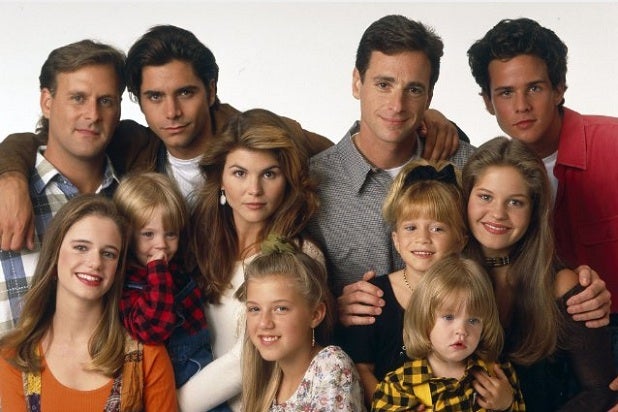 The “Full House” sequel series is officially on at Netflix, according to series star John Stamos.

The actor announced the show had been picked up for 13 episodes on the premium streaming service during an appearance on “Jimmy Kimmel Live” Monday night.

“Five minutes ago, they called, they sealed the deal,” Stamos said. “We’ve been working on this for many, many years. The original creator, Jeff Franklin… we were trying to do some sort of spinoff, we wanted to give credit to the legacy. So Netflix came around and said, ‘Let’s do thirteen episodes.'”

Titled “Fuller House,” the multi-camera project would include Candace Cameron Bure and Jodie Sweetin, reprising their roles as D.J. and Stephanie Tanner, respectively, 20 years after the original ABC series ended in 1995.

Andrea Barber would also return to the role of D.J.’s best friend and Tanner Family annoyance, Kimmy Gibler, in a series regular role, while Stamos will serve as an EP and guest star as Uncle Jesse.

On the sequel series, D.J. is now a veterinarian, pregnant and recently widowed, still living in San Francisco. Stephanie, an aspiring musician, and Kimmy, now a single mother herself, along with Kimmy’s teenage daughter Ramona, all move in to help take care of D.J.’s two boys — the rebellious 12-year-old J.D. and neurotic 7-year-old Max — and her soon-to-arrive baby.

“Full House,” which followed a single dad (Saget), his three daughters (Bure, Sweetin and the Olsen twins in a shared role) and the two bachelors (Stamos, Coulier) who were helping to raise them, ran for eight seasons on ABC.