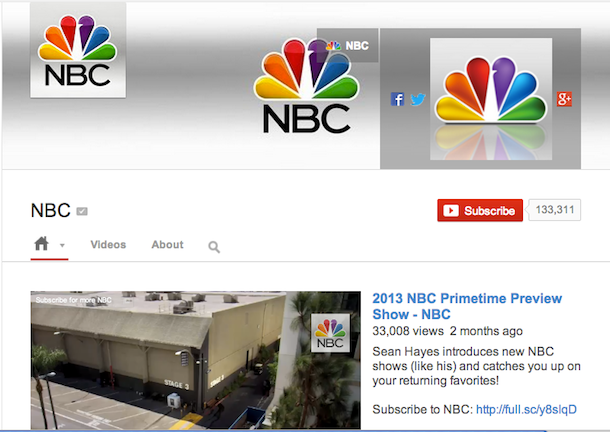 Fullscreen publicly launched Channel Plus on Tuesday, a service it has been using to privately manage channels for prominent brands and media companies like Fox, NBC, Cartoon Network, General Electric and the AARP.

One of the largest multi-channel networks on YouTube, Fullscreen operates more than 15,000 channels that generate more than 2.5 billion views a month. It has operated Channel Plus for two years but decided to go public with it now as it folds in new features.

NBC, in fact, was one of its earliest clients, and Fullscreen has helped that company grow from two to 23 channels. NBC Entertainment now ranks one spot behind Fullscreen on Comscore’s monthly list of the most popular channels (see chart).

“We’re unleashing it on the market,” Fullscreen COO Exra Cooperstein told TheWrap. “We’ve done it in a quiet, stealth way, and now it’s time to lift the kimono and give people an understanding of what it is.”

Using Channel Plus, Fullscreen helps Fortune 500 optimize their channels for search, identify videos that infringe upon copyrights and create new videos that exploit their vast libraries. It also offers custom analytics for companies to assess what does and doesn’t work.

Most of the new features are intended to better engage viewers and build a community for companies’ brands on YouTube.

Fullscreen’s strength has always been in providing services to YouTube creators, and, in this case, to brands. Helping brands market and manages their channels is a growing business, one in which it competes with companies like ZEFR. Yet Cooperstein insisted Fullscreen’s track record spoke for itself.

“We want to find new infleuncer channels to help a brand to push out marketing messages and you need someone who will build that relationship,” Cooperstein said. “We can find the right channel and ways for creators to interact with the brand. That’s where we’ve found so much success.”