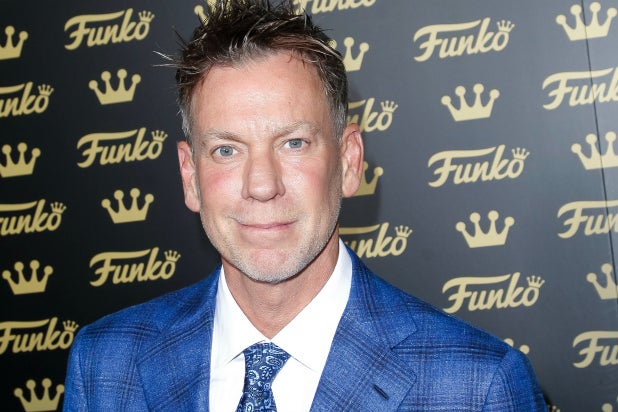 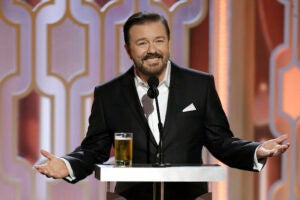 It was a big year for Funko, the company known for those small collectible vinyl bobbleheads from everyone’s favorite film, TV series, band, athlete or pop culture icon.

The company has capitalized on some impressive growth in 2019, opening its second brick-and-mortar store, a 40,00-square-feet monument to pop culture collectibles in Hollywood, and inking a deal with Warner Bros. to bring stories based on the brand to the big screen.

Funko’s stock, which has taken a hit in recent months, is still up roughly 11% in the last 12 months. And in its third-quarter earnings report, Funko said its sales increased to $223.3 million, a 26% bump compared to the same quarter a year ago, while its net income jumped to $15.5 million from $7.6 million year-over-year.

Funko CEO Brian Mariotti spoke to TheWrap about his decision to buy the then mom-and-pop bobblehead company in 2005, taking it from a family garage in Washington state to a Hollywood studio lot.

I wanted to create a different kind of product lines that weren’t bobblehead related. We tried a lot of stuff and had mild success on some, and not a lot of success on others, but then we hit with Pop in 2010, and the whole dynamic of pop culture changed along with us bringing that product out there. There was so much new content and stuff out there that we could leverage against it and then the company kind of grew from there. Now we’re over 1,000 employees and will do over $800 million in revenue this year.

What is it about these, I guess you’d call them collectibles, that people love?

I just think it’s fun and whimsical licensed merchandise that just draws on people’s emotion and heartstrings, whether it’s nostalgic, or things they currently love, or their idles, or sports — It’s that connective tissue. We always just believe between the spokes of a wheel — pop culture, music, sports, movies, anime — you just have these amazing fandoms in all of them.  I’d probably say 95% of the population on this planet are taking in one of those spokes of the wheel if not multiple.

Sometimes people aren’t even out there just to go buy our product: They see something and go, “Oh my God, I didn’t think I needed a set of Golden Girls Pops, but I grew up on Golden Girls,” or “In college I loved them. So yeah, why not? Why wouldn’t I have Golden Girls?” I think it’s something that shows a bit of a window to your soul. What makes you excited in life, you know? It’s a little bit about a peek into your personality. And then people can connect with each other or they put it on their desk and it’s a conversation point.

Your business is obviously heavily reliant on being able to secure licenses to characters. What’s that process like?

When it comes to the big properties, Disney consumer products for example, with Marvel, Star Wars and in Disney as a whole, we get their entire catalog for a set period of time until we redo a license. So when “The Mandalorian” comes out, that’s part of our deal, as well as [“Star Wars: Episode IX — The Rise of Skywalker”], as well as the Star Wars back catalogue as well as the new “Star Wars” video game that’s out right now.

Also Read: Hasbro is Making Baby Yoda Plush Dolls - Including One That Talks

So the majority of those bigger studios tend to give you blanket contracts for two to three years. On the other hand, when you go out and try to find like Green Hornet and Kato, from “The Green Hornet” show in the late 60s, early 70s, you gotta dig. We love making like Tony the Tiger and Count Chocula, and we just did a Morton’s Salt Girl. That’s the kind of stuff that is odd and awesome, but tend to be a little harder to secure those one offs. You have a hard time finding the older IP. But it’s fun chasing some of these licenses down. There’s definitely a mix with the 1,100 unique licenses that we have. There’s always a mix of ones that are difficult versus big studio plays where we get just about all the content for a two to three year period.

And then how do you decide what versions of characters to do? Because some of them get real specific.

“The Office” is a great example. It took us a while to get “The Office” license and it’s doing extremely well. It’s having a moment and younger kids are watching it, like my daughter who’s 19, who didn’t watch it when it was airing live. But we have arguments at Funko on what Dwight Schrute to start with. What Michael to start with. There’s Date Mike and there’s Prison Mike, so we’re just not going to go out and put Michael in a business suit and call it good and Dwight in a business suit and call it good.

That’s kind of the fun of working at Funko, about 80 to 85% of people working at Funko are ridiculously picky and consume pop culture in an alarming way, and I mean that in a fun way. There are so many artists and people that work in different departments that really want a say in what we’re making; what are the little things that make the fans go, “Oh my god, they nailed that moment.”

You guys were fairly quick in coming out with the Baby Yoda Funko.

We move really fast, and even on the Baby Yoda we moved a lot faster than the public realizes. We were just held in check while other companies got caught up on Baby Yoda. I’m being very tactful in how I say that. There’s probably some erroneous information out there about how fast that product is going to hit the shelves. It’s gonna hit the shelves by early March, and we’re gonna be ahead of everybody.

Are there times when you all miss the mark?

Oh absolutely. We have a very vocal fan base, and there are people that get frustrated that we haven’t made the character that they love and sometimes it’s just we can’t get the license, and we’ve been trying and trying and trying.

We occasionally miss something and say, “Gah. Why didn’t we think about that?” Or it’s like, “Yeah, the fans are right,” and we’ll just go make it. So if the fans come up with a better idea, let’s do that. We listen to our fans very, very closely.

Has streaming and all the revivals, reboots, remakes, and just the resurgence of certain pop culture impacted Funko?

Anytime there’s a content war going on, streaming wars or anything, it helps us, and there’s just no doubt in my mind that there is better content on TV now than ever before. We get a lot of new content, but then we have these moments that do come back, like “Friends,” like “The Office,” which is just really having a moment right now is exceeding all expectations on sales for us.

Funko recently did a deal with Warner Bros. for a film. This is new territory for you. What was behind that decision? How do you see it playing out?

Yeah there’s a lot more to lose doing this movie if it’s bad than there is to gain if it’s spectacular. So we’re going to be very cautious. We think we picked the right studio with [Warner Animation Group] and they’re wonderful two Lego movies they made. We also have aligned ourselves with a great guy formally from Pixar named Teddy Newton who we think is a creative genius.

We had a pitch from them that felt very Funko and organic, and it would relate to our fans and canvas multiple IPs. It just seemed like something that could be interesting, not only to the Funko fans, but to pop culture fans as a whole and people who might not have ever even bought a Funko product.

So we’re excited; we’re nervous; we’re cautious. We hope everything is as great as we hope it will be, but if it goes down a different path and we see this is going to be a less-than-average film, we’ll pull the plug. I don’t think that’s going to happen. I think it’s going to be an amazing opportunity for everybody involved. It’s got to be an amazing movie because this is not about a cash grab. This is just about telling a really cool story about pop culture as a whole and how diverse our products are and the licenses behind it in a really fun, whimsical way. 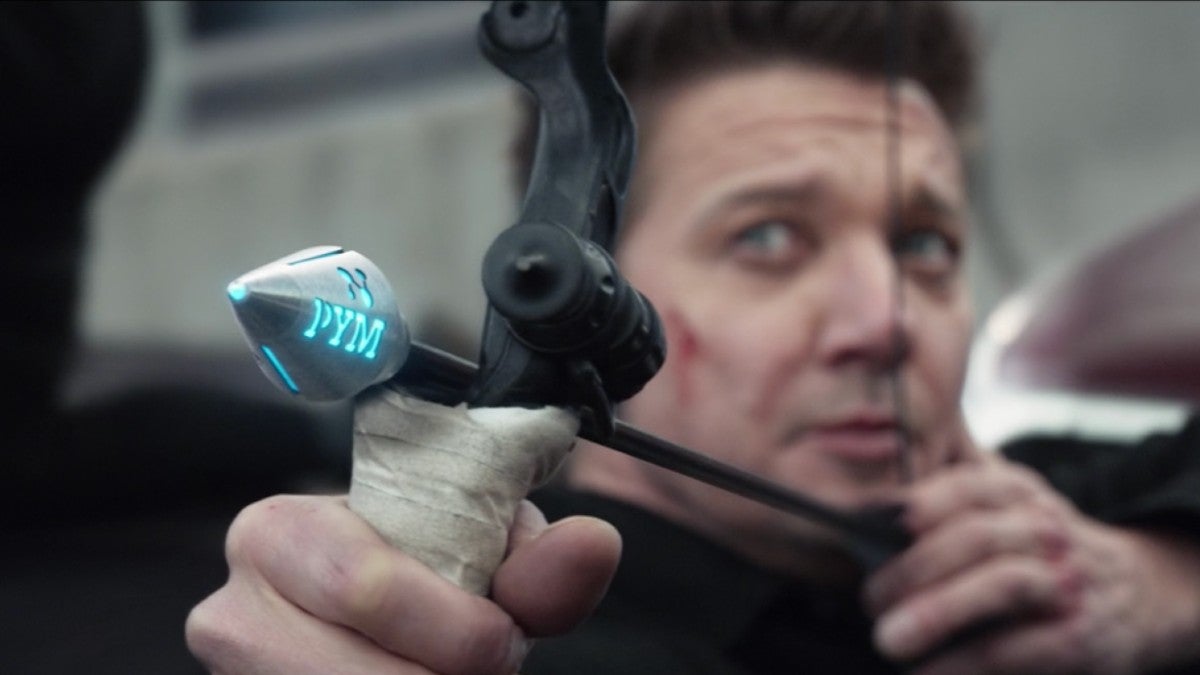 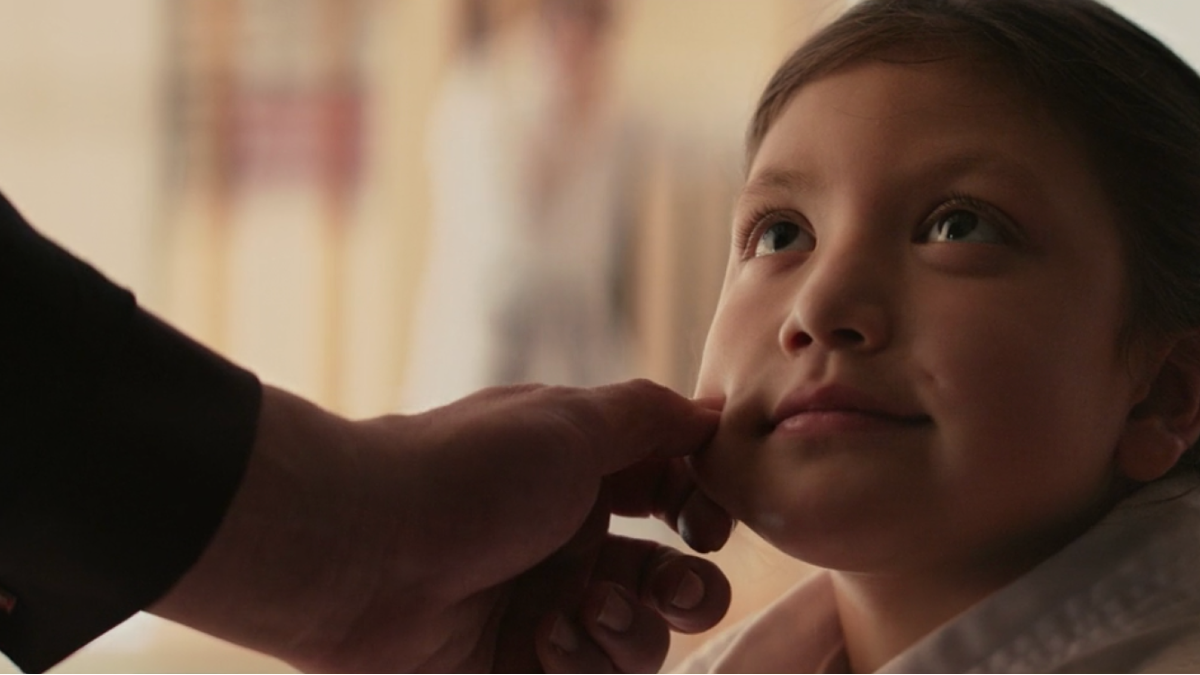 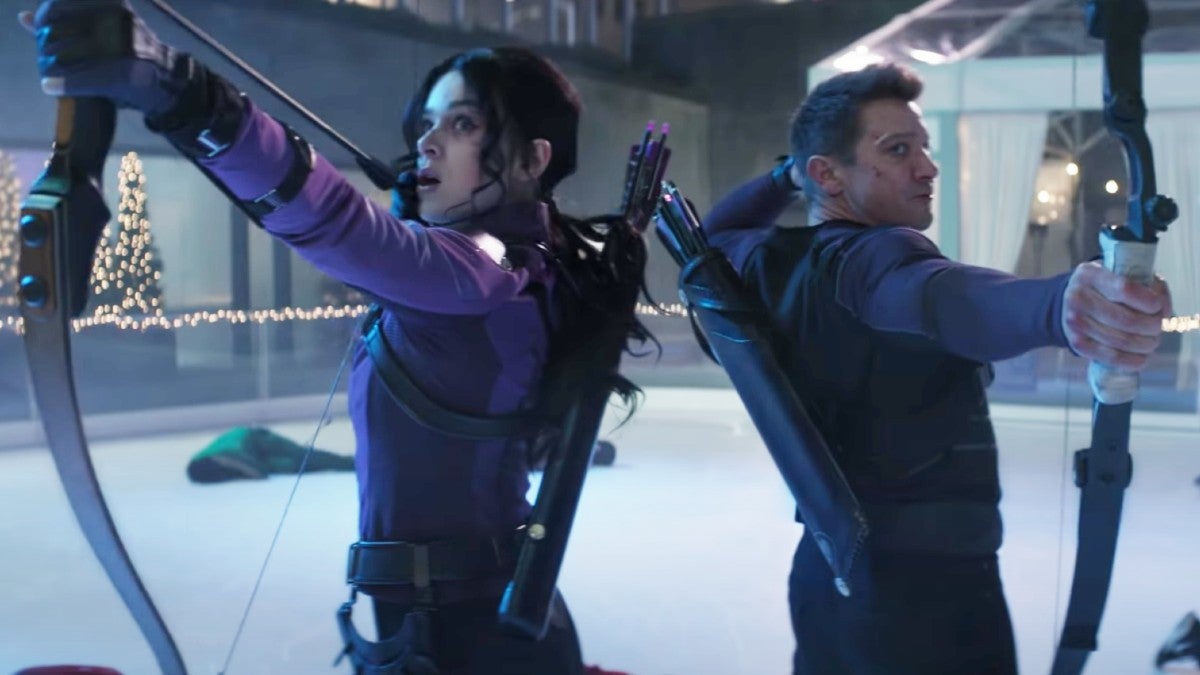 How to Watch ‘Hawkeye': When Do New Episodes Premiere? 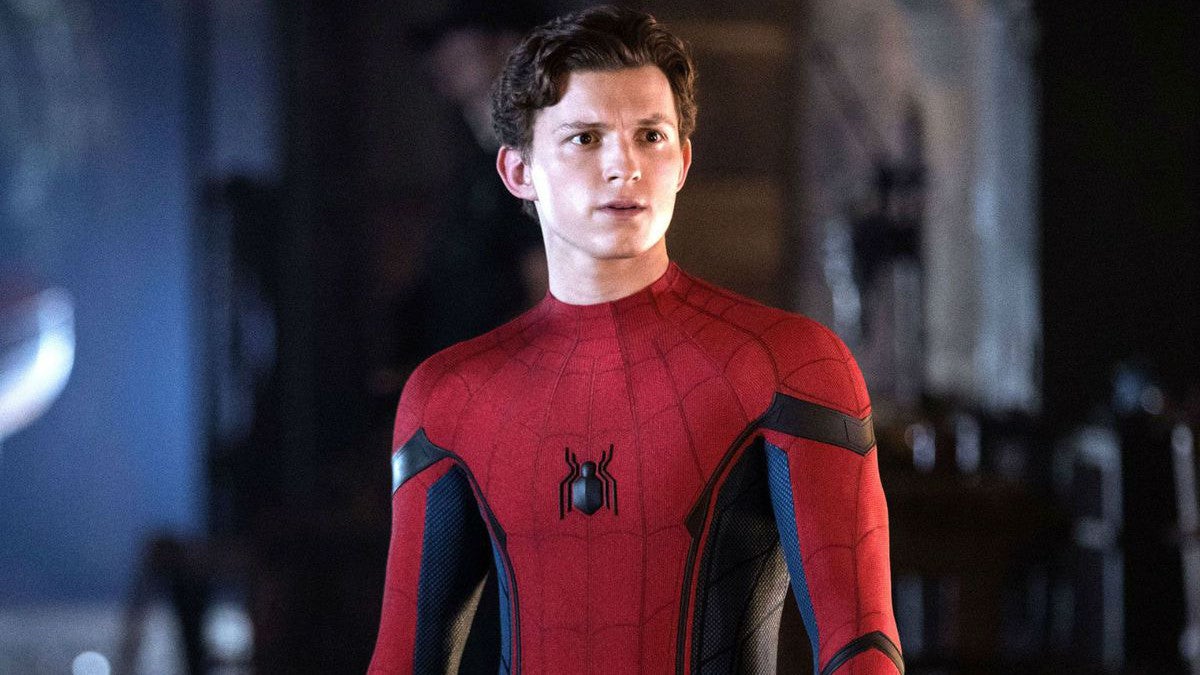 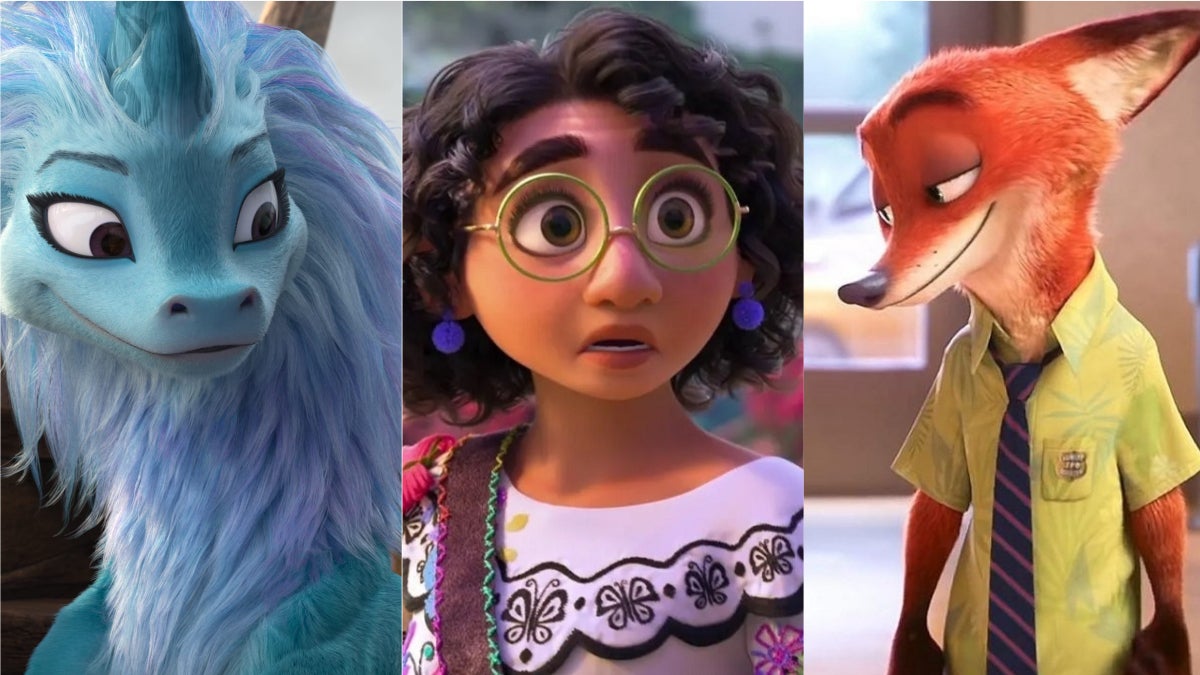