“WandaVision” fans continue to be skeptical that Evan Peters’ Pietro Maximoff is the real deal. And in the continued trend of Marvel merchandise serving as potential spoilers or clues about the Disney+ MCU shows, a newly revealed Funko figurine seems to hint that people may be on the right track when it comes to Pietro’s real identity. 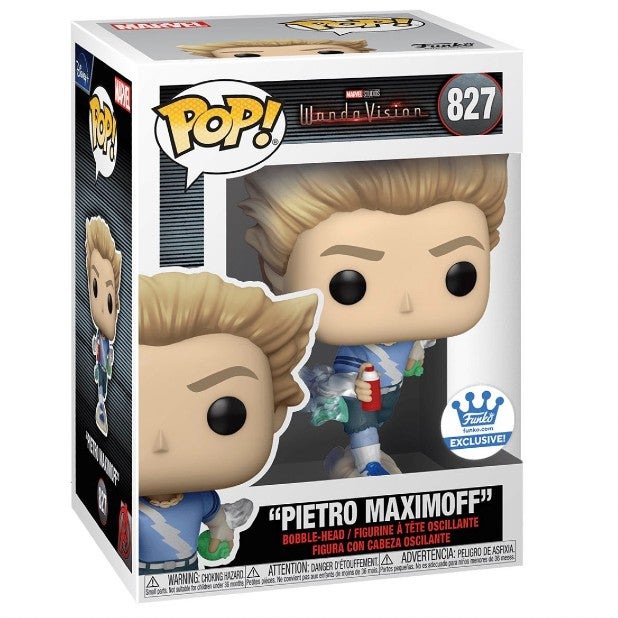 We’ve already theorized at length about what Pietro’s whole deal is and if he’s a potential way to introduce Fox’s X-Men into the MCU. The ongoing theory among fans is that Pietro is actually Mephisto, a devil character who plays a prominent role in Wanda’s comic story. While a lot of the Mephisto clues line up, it doesn’t quite feel like the obvious answer — the main reason being that, aside from this series, Marvel hasn’t really done anything to earn Mephisto arriving in the MCU.

He’s a pretty major villain in the comic world and it’s likely he’d have long-term implications on the MCU going forward, even if it’s just “Doctor Strange In The Multiverse of Madness.” But unlike Thanos and even Hydra, there’s been no lead-up, no hints, and no groundwork laid for his introduction. Comic fans know Mephisto, but casual fans don’t have any idea who this guy is and he’s never even been mentioned. It just doesn’t seem like Marvel’s style to introduce such a big character with no premise.

Granted, we also have to consider that “WandaVision” wasn’t supposed to be the first entry of Phase 4. So there’s a chance that had “Black Widow” or “Falcon and the Winter Soldier” come first as originally planned, there might have been something in there that would make the Mephisto theory a little more viable.

Of course, we could just be overthinking this whole thing. Remember that in the opening of last week’s “WandaVision,” the credits listed Pietro Maximoff “As Himself.” The packaging could be a reference to that, especially since the Funko is tied to Pietro’s specific episode outfit and appearance. Or, the meaning of the quotation marks could be as simple as the fact that the MCU has already established Aaron Taylor Johnson as the universe’s rightful Pietro. So even if this is Pietro Maximoff and not some red herring character, it’s not Marvel’s Pietro Maximoff. It’s still Pietro, just a different version. And we already know he’s there because Wanda conjured up memories of her dead brother into this alternate reality universe of Westview.

With three episodes of “WandaVision” to go, we’ll soon find out what the deal with Pietro is. But for now, it’s fun to theorize all the ways this character might be here to stay.