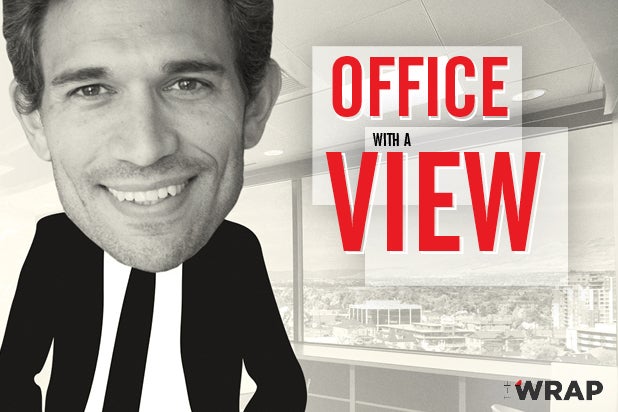 Funny of Die production president Mike Farah may be the least famous key executive at Will Ferrell and Adam McKay’s multi-platform content company, but he’s played an integral role in delivering digital laughs.

The Ann Arbor, Mich., native and University of Indiana Business School graduate moved to Los Angeles 13 years ago and came to Funny Or Die in 2008, a year after the debut of Ferrell and McKay’s landmark sketch “The Landlord” — which clocked-in as a definite turning point for the business of online comedy with a legitimate movie star (Ferrell) doing providing original online content.

“We hit our stride because there weren’t many people doing it back then,” Farah told TheWrap. “We had some great writers and directors and some ideas, and we made the whole process easy for comedians and celebrities to venture online.”

Indeed, Farah’s main contribution to Funny or Die was to expand the operation behind a pet project of Ferrell and McKay’s into a legitimate business providing a platform for other creators. Now the company’s operations include Comedy Central’s “@Midnight” and comedian Billy Eichner’s “Billy on the Street,” which returns Oct. 8 for its fourth season on TruTV after three seasons on Fuse.

Farah’s goal, he said, was simple: “to help get some things going outside of the founders doing everything.” Still, he credits the company’s founders for their continued involvement. “These guys, creatively, they’re always willing to take risks, and do some big things, and then do some small things that are just for fun,” he said. “And that’s just such a smart and fun way to handle your career.”

In an interview with TheWrap, Farah also discussed growing the company beyond its famous founders, the challenges of Eichner’s rising fame and the possibility of launching a Funny or Die cable network.

I never sit down and write jokes, but I do write a point-of-view on things — and that’s important. But it’s also knowing what is funny and knowing what you can get made and what there is a market for and what can feel special in that market — because the market is obviously a crazy thing right now. And then really having a feel for the people — both in front of the camera and behind the camera — for who can make it the best version of what it can be.

That’s how I look at producing, and what I love about it is you get to have your hands in lots of different things — whether it’s the creative process or casting or marketing or the budget and things like that. But you’re kind of popping in and out, you don’t have to be totally focused on one thing other than the big picture.

What is the competition in this space these days?
On a macro level, some of it depends on the person you are. You can list seven or 10 or probably even 30 different places that we’re competing with. Also, the competition is probably more on the sales front and the bottom line than it is necessarily content. Because I think we all do — even within comedy — our own separate thing to some degree. I can’t even think of like, “Oh, there’s some competitive situation to work on something between these five groups.” I’d be lying if I felt like that ever came up.

I have a lot of respect for anyone who is doing original comedy online — it is a tough business, and it’s gotten much more saturated than when Funny Or Die started. I’m aware of what’s going on in the world, but I’m really just focused on the people and the project that I’m accountable to.

How seriously are you guys looking into getting your own cable channel?
I don’t think we are. Look, I don’t want to speak for all of Funny or Die, [but] for me, I would say our best use of our efforts at this moment is not to try and construct a cable channel as much as — we make a lot of content, and we’re fortunate to do it with some great people. We always want to be looking at the best way to position that content — both financially, creatively, and from an audience perspective.

I’m flattered that you would think we are at that point, but I just don’t think that would be a great use of our time — especially the way the world is changing.

What’s one Funny or Die  production that people generally don’t know is from you guys?
On the TV side, it’s definitely [Comedy Central’s] “@midnight.” I’m definitely proud of that show. That’s a show that didn’t really exist anywhere until we put it together.

Whether it’s online or TV, I get very excited about things that don’t yet exist, but when you come to the idea and you come to the people who are working on it, it feels like, ‘Oh, how hasn’t this been made yet? This is gonna find an audience.” It feels different — but also it doesn’t try too hard. So many people try so hard to make noisy things, and things that feel like stunts. That could work sometimes, but it’s certainly not the end-all, be-all.

In terms of digital, to be totally honest, it always fascinates me people who know what Funny or Die is. A 75-year-old will know totally about Funny or Die, and then I’ll talk to a college class and only like 10 people will know what we are. We’re definitely not “SNL.” “SNL” is an institution.

“Billy on the Street” returns on Thursday. How has the show changed now that Eichner is more famous and juggling a couple shows?
Things have to be planned out more in advance. He definitely does have lots of things going on — which is great, and we couldn’t be happier for him.

It’s probably like a lot of productions have to deal with: We’ll be in touch with [Eichner’s Hulu sitcom] “Difficult People” to make sure their schedule and our schedule lines up. Obviously there’s more press opportunities now that his profile is raised, so all those things are happening. There are a few pickup shoots that are being planned because of weather that happened over the summer.

Like everything in Hollywood, it’s just a constant balancing act.

Is this the kind of show that will go on right up until the day that Billy decides to stop doing it — is that the plan?
Well, [TruTV] stepped up and we have two seasons with them — with Turner — so this is the first of two. Beyond that, I wouldn’t be in a place to speculate as to what Billy wants to do.

He’s having fun and we are excited because, you know, people in the industry know him. The Emmys video that he made with Seth Meyers helped last year. But Fuse just wasn’t a network that penetrated tons of network audience awareness, so that’s what’s really cool about Tru. And then also, every episode is put on primetime in TBS within the same week, so it’s a very cool opportunity to tap into kind of a huge new audience.