Comedian Fuquan Johnson has died from a suspected overdose, along with two other people, according to a report from TMZ. He was 42.

Reports indicate that Johnson and the other victims are believed to have unknowingly used cocaine laced with fentanyl while attending a party in Venice, California, on Friday night. TMZ says that fellow comedian and model Kate Quigley survived but was taken to the hospital in critical condition. Quigley was reportedly dating country singer Darius Rucker last year, but his rep tells TMZ they are no longer together.

On Sunday, fellow comedian and actor Marlon Wayans posted a lengthy tribute to Johnson on Instagram. “Thank you nephew. I f—ing love you. I hope you found peace. I hope you sparkling like the glitter on strippers and wizards,” Wayans wrote. 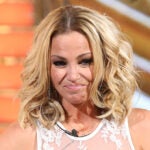 “Very sad to hear about the passing of my buddy Fuquan Johnson,” Barnett wrote. “Smiliest, happiest dude, and a local icon in the North Hollywood community, RIP.”

Other comedians also posted tributes to the comedian, along with messages on the danger of fentanyl. “Hey everybody, please stop doing cocaine. Please,” comedian Johnny Taylor Jr. wrote. “All it takes is the wrong batch or the wrong night or any combination of either. RIP Fuquan Johnson and really pulling for Kate Quigley to pull through.”