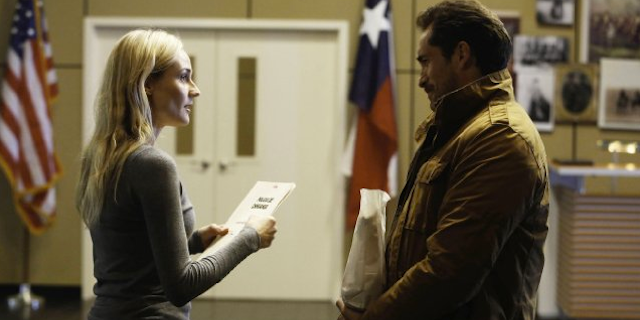 FX's border-cop drama "The Bridge" will premiere on July 10, the cable network said on Thursday.

After its debut, the new 13-episode series will continue to air on Wednesdays during the 10 p.m. timeslot.

Oscar-nominee Demián Bichir ("A Better Life") and Diane Kruger ("National Treasure") star as two detectives, one from each side of the U.S.-Mexican border, trying to solve serial murders.

Executive Producers Meredith Stiehm and novelist and writer Elwood Reid adapted "The Bridge" for American television from the international hit series "Bron," which was set on the border of Denmark and Sweden.