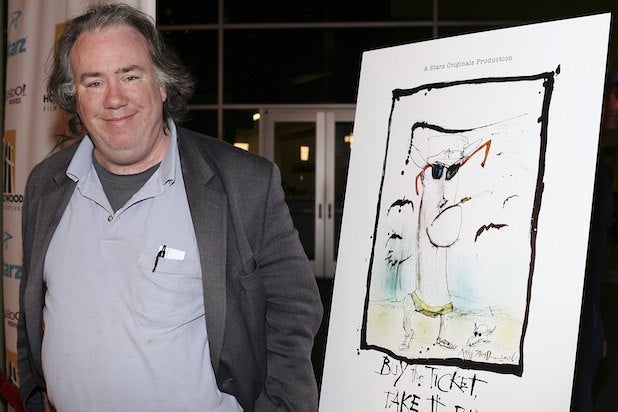 F.X. Feeney, a longtime film critic for LA Weekly, a film historian and a screenwriter, has died. He was 66.

Claudia Puig, a contributor to TheWrap and the president of the Los Angeles Film Critics Association, told TheWrap via an announcement by his family on Facebook that Feeney died on Wednesday after suffering several strokes on Sunday and Monday.

“He was an incredibly graceful and insightful writer and a gentle, funny, and big-hearted person. He exuded civility and kindness as well as keen intelligence. His passing is a major loss. F.X. was a member of LAFCA for many years and will be very much missed,” Puig said in a statement.

Feeney graduated from the California Institute of the Arts in 1976 and got his start working in animation at Hanna-Barbera Studios. In 1980, he started writing reviews of films and books for LA Weekly and later became a resident film critic and creative consultant for Z Channel, one of the country’s first pay television stations as founded by Jerry Harvey.

In addition to his work with LA Weekly, Feeney’s freelance writing has appeared in American Film, Movieline, People Magazine, Variety, Vanity Fair and the magazine of the Writers Guild of America, West. He also wrote two books of essays on the directors Roman Polanski and Michael Mann.

Feeney also worked as a screenwriter. He’s credited as a writer on “The Big Brass Ring” from 1999, which he developed based on an unproduced script by Orson Welles.

Below, screenwriter Larry Karaszewski shared a tribute to his Facebook saying one way to honor Feeney is to read his work, sharing a link to his obituary of Paddy Chayefsky that was published in LA Weekly.

Here’s a way to honor F.x. Feeney – read him. This is his obit/overview of Paddy Chayefsky that was published in the LA Weekly