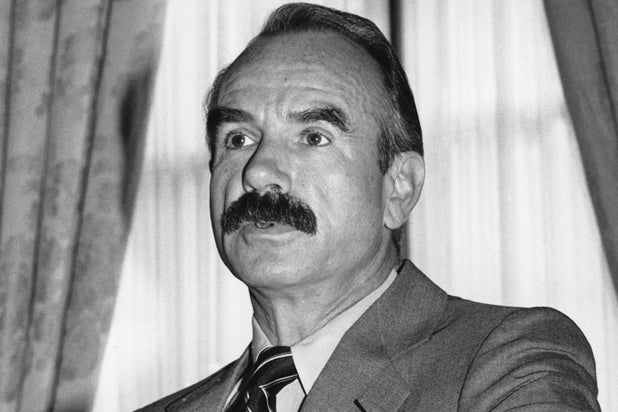 G. Gordon Liddy, the convicted operative in the Nixon administration’s Watergate scandal, died on Tuesday in Fairfax County, Virginia. He was 90.

Liddy’s son, Thomas Liddy, confirmed his father’s death to The Washington Post but only disclosed that the cause was unrelated to COVID-19.

Liddy was a former FBI agent, conservative talk-show host and lawyer. But his role in the Watergate scandal in 1972, in which he organized the wiretapping and burglary of the Democratic National Committee headquarters in the Watergate building in Washington, D.C., led to a 20-year prison sentence after he was convicted of illegal wiretapping, burglary and conspiracy.

His sentence was later commuted by President Jimmy Carter in 1977, and Liddy was released from prison after 52 months. Though he refused to testify at any of the Watergate hearings or his own criminal trial, Liddy would go on to speak at length about his role in the botched operation after his release from prison and appear to flaunt it, notably by driving around in a black Volvo with the license plate H2OGATE.

Liddy also published an autobiography, “Will,” that was later adapted into a TV movie in 1982. But his foray into the entertainment industry didn’t end there: Liddy leaned into his bad reputation to portray a number of villains on TV, including on shows like “Miami Vice,” “MacGyver” and “Airwolf.” And in a 1984 taping of his conservative radio show, “The G. Gordon Liddy Show,” Liddy said he played villains so he “did not have to act.”

He is survived by his five children.