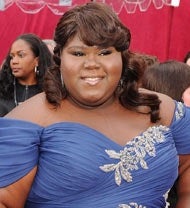 Gabourey Sidibe, Oscar-nominated star of "Precious," has signed on for a recurring role in Showtime’s half-hour series "The Big C." She guest-starred in the pilot.

The black comedy stars Laura Linney as a repressed suburban wife and mother who remakes her life after a terminal cancer diagnosis. Oliver Platt plays her immature but well-meaning husband.

Sidibe will recur as a smart-aleck student of Linney’s.

"The Big C" begins shooting 13 episodes in May for a late summer premiere.