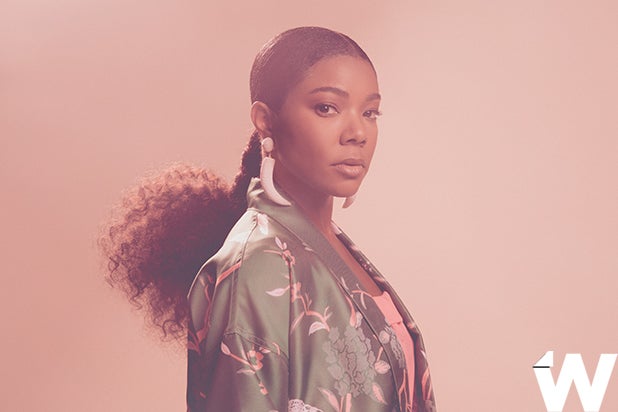 Gabrielle Union is set to star in the romantic comedy “The Perfect Find,” based on a novel by “The Accidental Diva” author Tia Williams.

AGC Studios will finance and produce the project alongside Union and her production banner I’ll Have Another, the content studio announced on Tuesday.

“The Perfect Find” is the story of Jenna Jones (Union) who, desperate to have a fresh start in the world of beauty journalism, takes the only job available to her at a magazine where her boss is her frenemy, Darcy. Jenna finds herself struggling to keep up with her younger and more social media savvy co-workers while keeping Darcy happy. When Jenna starts a relationship with the company’s new videographer Eric, she thinks her life is finally turning around – until she finds out that Eric is Darcy’s son.

Also Read: 'Breaking In' Signals the Rise of Gabrielle Union as a Box Office Star

Leigh Davenport is writing the screenplay.

AGC Studios has made a swath of acquisitions recently, including the Allison Janney and Laura Dern project “Breaking News in Yuba County” directed by Tate Taylor and a project starring Noomi Rapace called “The Secrets We Keep.” AGC was founded by Stuart Ford in 2018.

Also Read: How Gabrielle Union Broke Back Into Action Movies on Her Terms

Union last starred in James McTeigue’s thriller “Breaking In” and also appeared in Emilio Estevez’s “The Public,” which played at TIFF earlier this year.

Union is repped by CAA, Atlas Artists and Felker Toczek Suddleson Abramson; Davenport is repped by UTA and 831 Entertainment, and Williams is repped by Andre des Rochers.