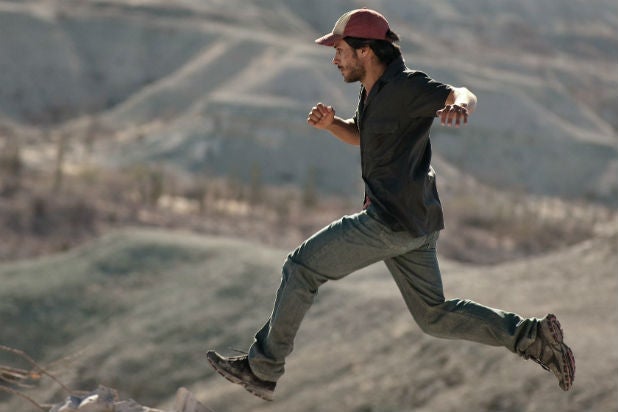 The story follows a group of would-be immigrants (including Bernal) whose dream of entering the United States turns into a desperate fight for their lives when a deranged vigilante (Morgan) begins stalking and preying upon the group as they trek across the harsh and unforgiving landscape of the Sonoran Desert.

Cuarón (“Gravity”) and Mateo García co-wrote “Desierto,” which debuted last month at the Toronto International Film Festival. STX plans to give the movie a theatrical release next year.

“We are really excited to have this film at STX,” said Linde. “We were really impressed with Adam Fogelson’s enthusiasm for the film and loved the smart and collaborative things he and his team said about their plans for our release.”

“We are extremely proud to acquire this outstanding motion picture,” said STX chairman Adam Fogelson. “Jonás has delivered a gripping and suspense-filled thriller that explores complicated human emotions against an unforgiving landscape that is as vital to the story as space was to ‘Gravity.’ This story and these characters will keep audiences talking long after they leave the theater.”

“I am thrilled to be working with STX on the release of my film,” added Jonás Cuarón,. “STX is a smart and creative company. They are such a great fit for ‘Desierto.'”

The “Desierto” deal comes on the heels of STX’s acquisition of the inventive Midnight Madness title “Hardcore,” which stars Sharlto Copley. The upstart distributor recently released Joel Edgerton‘s acclaimed thriller “The Gift” and its upcoming releases include a star-studded remake of “The Secret in Their Eyes” and Matthew McConaughey‘s period drama “The Free State of Jones.”

The distribution deal was negotiated by UTA on behalf of the filmmakers, and the news was first reported by Variety.