Gael Greene, one of the most influential restaurant critics in American history, whose sharp wit and unique way of writing about food and the restaurant industry led admirers to call her “the Dorothy Parker of restaurant critics,” died Tuesday from cancer. She was 88.

Greene served as New York Magazine’s food critic beginning in 1968 for more than 30 years, demystifying restaurant culture and food for a city — and country — that at the time didn’t particularly care about it or understand its topics. Her reviews were earthy, full of puns, frequently linked eating and sex and above all encouraged readers to think about food and dining out as social, artistic and cultural matters. 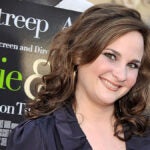 She’s credited with inventing the term “foodie” in the 1980s to describe what is now a widely recognized subculture of enthusiasts, and co-founded the charity City Meals on Wheels. But even before that, she was celebrated for her no holds barred takes on food and restaurant life, and became so well known that she took great pains to hide her identity from restaurants, including fake names and the large hats that became her trademark.

Born in 1933 in Detroit, Greene attended the University of Michigan and for a while was an investigative reporter for UPI followed by the New York Post, where she first began writing about food. She moved over to New York Magazine in late 1968 and was their food critic until her retirement in 2000. She continued as a columnist until 2008, when she was fired, an act that drew widespread criticism among peers in New York.

Greene wrote two novels, including the best-seller “Blue Skies, No Candy” in 1976. She published her memoir, “Insatiable: Tales From a Life of Delicious Excess,” in 2006. She was also a judge on “Top Chef Masters” for two seasons.

She was married once, and, according to the New York Times, had no children. 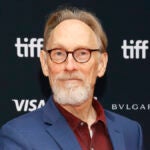