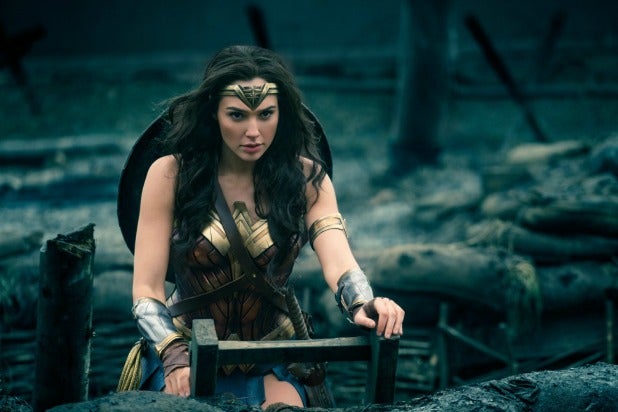 Even though “Wonder Woman” was one of the biggest movies of 2017 with more than $400 million in domestic receipts, it didn’t manage to garner any Academy Award nominations when those were announced on Tuesday — a fact that drew the ire of a lot of devoted fans of the Gal Gadot-starring comic book flick. In fact, a few hours after the nomination announcement, “Wonder Woman” was the highest trending movie title on Twitter in the U.S.

Gadot herself isn’t sweating it, but she did talk about that whole thing to Entertainment Tonight at a Revlon event Wednesday night.

“I was very moved and touched by the feedback of all the people that were disappointed that ‘Wonder Woman’ wasn’t nominated. But we certainly never did the movie for that,” Gadot said. “I think that you can’t have it all. We’ve done this movie and it was received in such an amazing, wonderful way, and we want to stay humble and grateful, and we’re gonna have another movie, so who knows? Maybe the next one.”

Maybe the next one, indeed. There are many factors to consider here, of course. First, it wouldn’t be surprising in the least if “Wonder Woman 2” lands a nod or two at the Oscars in technical categories. Second, it would be surprising if it got more than just technical nominations — “Logan” was the first superhero comic book movie ever to get a nomination for its screenplay. Even “The Dark Knight,” considered by many to be the high watermark for superhero movies and which garnered a whopping eight nominations, only got one that wasn’t in a tech category (Heath Ledger for Supporting Actor, which he posthumously won).