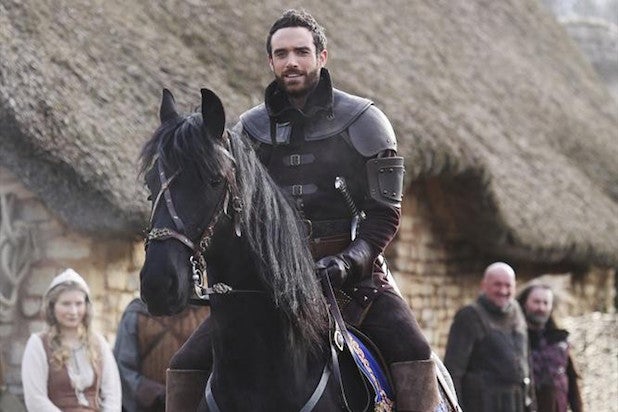 “Galavant” has been canceled after 2 seasons on ABC, TheWrap has learned.

The musical comedy will not return for Season 3 in the 2016-17 season.

“Galavant” focused on a dashing hero, Galavant (Joshua Sasse), who lost the love of his life, Madalena (Mallory Jansen), to the evil King Richard (Timothy Omundson). Co-stars include Vinnie Jones as Gareth, Karen David as Isabella and Luke Youngblood as Sid.

Also Read: 'The Muppets' Canceled After 1 Season at ABC

Broadway composer Alan Menken and lyricist Glenn Slater did original music for the show, which was executive produced by Dan Fogelman.

The move comes as the alphabet network starts unveiling its plans for the 2016-17 season. Along with “Galavant,” ABC also canceled “Nashville,” “Castle,” “The Muppets,” “The Family” and “Agent Carter.”

The network renewed “The Catch,” “The Real O’Neals” and “American Crime.”