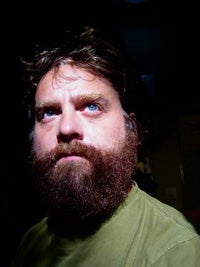 Web sensation “Auto-Tune the News,” a dramatic crime series “The Bannen Way” and comedian Zach Galifianakis were among the nominees for the second annual Streamy Awards, the competition’s producers announced Monday

There were more than 150,000 “public submissions,” spanning 2,000 original shows, the award organizers said. Of those, 100 shows were nominated.

"The Bannen Way," earned seven Streamy nominations, including best drama Web series, new Web series, male Actor in a drama (Mark Gantt) and best directing in a drama. "The Guild," a series about a group of online gamers, is up for six. “Auto-Tune the News” earned four.

Kevin Pollak’s "Chat Show" got three Streamy noms, and the actor got another one for his role in the ensemble "Easy to Assemble."

Winners will be announced at two separate ceremonies — April 7 and April 11, 2010 — in Hollywood.