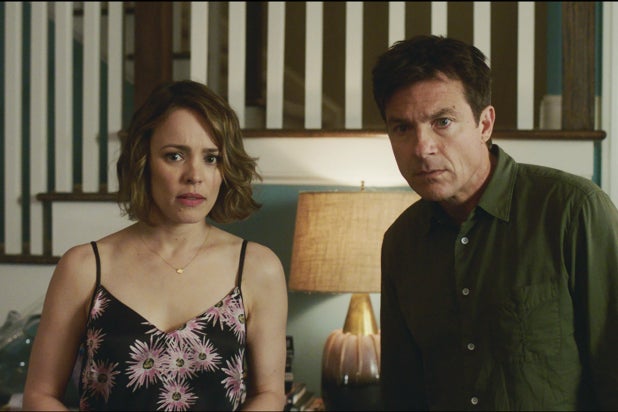 For those of you not going to see “Black Panther” again, critics are recommending Warner Bros. and New Line Cinema’s new murder mystery comedy “Game Night.” Reviews have pegged the film as a fun outing that balances tension and humor without becoming mean-spirited, reflected in its 82 percent Rotten Tomatoes score.

Much of the praise has gone to the film’s ensemble cast, led by Jason Bateman and Rachel McAdams, with at least one critic calling Jesse Plemons a scene stealer.

The two leads play Max and Annie, a married couple who bonded over their love of games, and who host a weekly game night that gets taken over by Max’s rich brother, Brooks (Kyle Chandler).

Brooks sets up a mystery game complete with actors and a staged kidnapping, with the winner receiving a vintage Corvette Stingray. But when Brooks gets kidnapped for real, the group follows along thinking its part of the game, until they realize far too late that they’ve been dragged into an actual murder mystery.

“It could have been very easy for the stakes and violence that eventually surface to undo the film’s delightful silliness, but there’s a brilliant balance of the many tonal shifts involved,” wrote TheWrap’s Alonso Duralde. “It certainly helps that this is a movie that feels actually written and not, like so many studio comedies of recent vintage, simply made up as it goes along by a cast of comedians.”

Here are more reviews from critics who praised this film as a cut above most R-rated comedies, along with some who disagree:

“Jesse Plemons, the ham-faced character actor known for humorless roles in ‘Black Mass’ and ‘Hostiles,’ frequently steals the movie as the deserted husband next door. Totally deadpan and hilarious, he’s a lonely cop who never takes off his uniform and who always suspects he’s being excluded from “game night,” leaving Max and Annie to weasel their way out of invitations.”

“‘Game Night’ is a nearly perfect entertainment for adults over a certain age. There’s a madcap car chase, a violent incident that leads to impromptu surgery, and a house party with echoes of the masked spectacle in ‘Eyes Wide Shut,’ but it’s all entwined with commentary about aging, disappointment, doomed romanticism and sibling rivalry. The actors put it all across with flair — especially Bateman and McAdams, who complete each other’s thoughts so deftly that they really do seem as if they’ve been married forever, and Plemons, who steals every scene he’s in through deft underplaying.”

“Above all, this is Jason Bateman’s show, the same way as “Horrible Bosses” and “Arrested Development” were his. Pretty much the same wry, easily irritated beta-male in every role, Bateman has an uncanny ability to lift solid material to a higher level. And that’s just what he gets here.”

“For all the energy that Rachel McAdams, Jason Bateman, and their castmates pour into their gimmicky comedy, there’s too often a feeling that they’re straining to pump up flat material. This reviewer couldn’t help thinking of the realization brought back by recent family games of Monopoly: the oversold “fun” sure does tend to drag.”