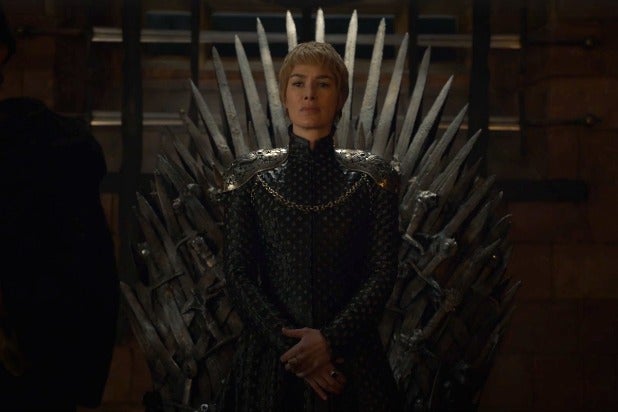 For most of “Game of Thrones,” House Lannisters has held the Iron Throne, following the death of King Robert (Mark Addy). They’ve also been the main drivers of back-stabbing and political machinations, and most of their enemies lay dead on the battlefield (or in brothels, back rooms, and dungeons).

But the Lannisters have suffered huge losses as well, many even by the hands of other family members. After six seasons, only three people still remain in the main branch of House Lannister: Ser Jaime (the Kingslayer), Tyrion (the Imp), and Queen Cersei.

Earlier in the show, the Lannisters were led by Tywin (Charles Dance), father of Cersei (Lena Headey), Jaime (Nikolaj Coster-Waldau) and Tyrion (Peter Dinklage). Cersei also had three children, who she claimed were fathered by Robert Baratheon, but were actually the kids of her twin brother, Jaime. When Robert died (thanks to drinking too much wine, which was set up by Cersei, during a hunt), Cersei’s eldest son Joffrey (Jack Gleeson) took the Iron Throne.

But Joffrey didn’t hold the throne for long. He was poisoned at his wedding to Margaery Tyrell (Natalie Dormer) by Petyr “Littlefinger” Baelish (Aiden Gillen) and Margaery’s grandmother, Olenna Tyrell (Diana Rigg). Joffrey was sadistic, cruel and cowardly, and Olenna never really wanted her to marry Margaery, even though the Tyrell family did want to secure its alliance with the ruling Lannisters.

Meanwhile, Tyrion, reviled by Cersei and Tywin for being a dwarf and for his mother’s death while giving birth to him, found himself in a political battle with Cersei and Joffrey. During the Battle of Blackwater Bay, Joffrey tried to have Tyrion killed. When Joffrey was poisoned, Cersei blamed Tyrion and he was arrested and put on trial.

The throne then passed to Cersei’s youngest child, Tommen (Dean-Charles Chapman). Cersei’s middle child, daughter Myrcella (Nell Tiger Free), was sent to Dorne and betrothed to Prince Trystane Martell (Toby Sebastian) to secure that alliance. Margaery later married King Tommen, but Cersei didn’t trust her, Olenna, or anyone else from House Tyrell. Cersei perceives just about everyone as enemies, and that was bad news for the young queen.

After Oberyn Martell (Pedro Pascal) died fighting the Mountain in a trial by combat for Tyrion, Jaime helped sneak Tyrion out of the dungeons so he could escape across the Narrow Sea. On his way out, though, Tyrion killed his father, Tywin, with a crossbow.

Tyrion made it across the Narrow Sea to Meereen, where he met up with Daenerys Targaryen (Emilia Clarke). After Oberyn was killed, his paramour, Ellaria Sand (Indira Varma), wanted revenge on the Lannisters, and poisoned Myrcella. She died on her way back to King’s Landing.

With Tywin dead, his brother, Kevan Lannister (Ian Gelder), took a role on the king’s Small Council and advised Tommen, and didn’t hide his disdain for Cersei. At the same time, Kevan’s son Lancel Lannister (Eugene Simon) — who previously was Robert Baratheon’s squire and who’d had an affair with his cousin, Cersei — joined the Faith Militant, a violent religious organization.

The Faith Militant managed to take Cersei and Margaery into custody, with King Tommen powerless to stop them. Cersei managed to get out by undergoing the naked Walk of Atonement through the city, but she was still awaiting her trial.

On the day of her trial, everyone Cersei didn’t like was waiting for her in the Sept of Baelor — including Margaery and most of the rest of the Tyrells, Kevan, Lancel, and the rest of the Faith Militant. Cersei executed a plot to blow up a cache of incredibly explosive wildfire beneath the sept, completely destroying it, and incinerating everyone.

That brought the number of remaining Lannisters down to four, but in his despair, Tommen threw himself out a window. At the start of Season 7, all of Cersei’s children are dead, making her the queen of the Seven Kingdoms. Jaime is by her side, but Tyrion is against her with Daenerys.

There may well be other Lannister cousins — we’ve seen several others get killed during the War of the Five Kings — but they’re all apparently fairly distant relations. Of the Lannisters that matter, only three are left.

From the trailers we’ve seen of Season 7, we already know a clash between the remaining Lannister kids is in the offing. Cersei’s enemies are everywhere, coming from the south, north, east and west. And while Jaime was once one of the most formidable warriors on the continent, since he lost his hand in Season 3, he hasn’t been early as good with a sword.