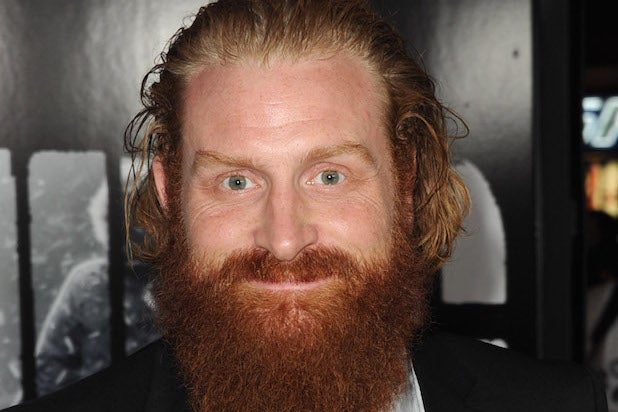 arrives at the premiere of Universal Pictures' "The Thing" at Universal Studios Hollywood on October 10, 2011 in Universal City, California.

Norwegian actor Kristofer Hivju, who plays Tormund Giantsbane on HBO’s “Game of Thrones,” has joined the cast of the eighth chapter in the “Fast & Furious” franchise, TheWrap has exclusively learned.

Vin Diesel will return to star as Dominic Toretto along with Dwayne Johnson, Tyrese Gibson, Ludacris, Michelle Rodriguez and Jason Statham as the villainous Deckard Shaw.

Currently known as “Fast 8” to fans, the high-octane sequel is being directed by F. Gary Gray (“Straight Outta Compton”) and produced by Neal Moritz of Original Film, Diesel and Michael Fottrell. Screenwriter Chris Morgan will serve as an executive producer.

Oscar winner Charlize Theron has been linked to the villain role since early February, though there’s no official update on her potential casting.

Whether the chief antagonist is played by Theron or someone else, Hivju will play one of the villain’s main henchmen.

“Fast 8” is expected to be the first major studio movie to shoot in Cuba. The sequel will drive into theaters on April 17, 2017.

Hivju co-starred in the acclaimed foreign film “Force Majeure” and appeared in M. Night Shyamalan‘s “After Earth” with Will Smith and Universal’s remake of “The Thing” with Mary Elizabeth Winstead and Joel Egerton.

He earned a SAG Award nomination in 2014, and is represented by UTA, Panorama Agency and Global Creative-Station 3.