Westeros met Westworld on Sunday — and not everyone was a fan of the crossover.

And it turns out that Park 4 is a medieval/fantasy-themed world, complete with dragons, HBO’s “Westworld” creators Jonathan Nolan and Lisa Joy told is us a direct shout-out to HBO’s “Game of Thrones,” even though they wouldn’t reveal the actual name of the “Westerosworld” park.

Benioff and Weiss’s guest spot had them playing two unnamed technicians working on a dragon that looked strikingly similar to Drogon, while discussing their plans to try to sell the creature if they get laid off. You can see screenshots of their appearances below: 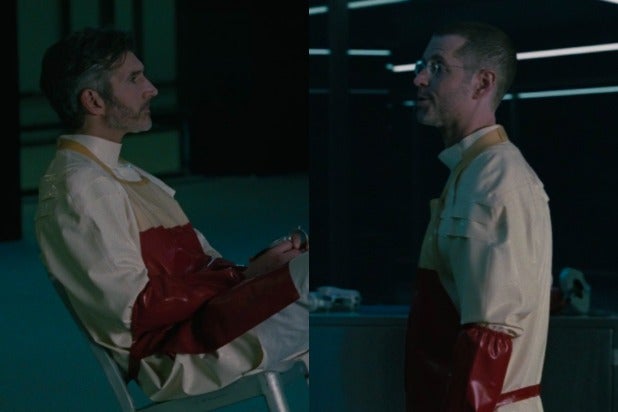 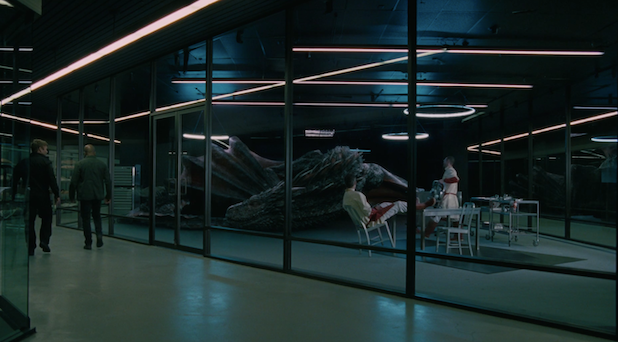 The bit garnered very mixed reactions on Twitter and even reignited a debate about the eighth and final season of “GoT” — almost a full year after the now-ended series, well, ended.

“Westworld is doing charity work by employing D&D after they ruined game of thrones also get drogon away from these beasts,” one user tweeted.

Some viewers really latched on to the idea that “Game of Thrones” truly place inside this Park 4 when mocking Benioff and Weiss.

Also Read: 12 Major Questions We Have After 'Westworld' Season 3, Episode 2

One viewer wrote: “To find out game of thrones was just a park in Westworld universe would have been a better ending than what we got.”

“Looks like ‘Game of Thrones’ creators David Benioff & D.B. Weiss (+ Drogon) are hiding out from all the finale haters in #Westworld,” another tweeted. “The whole @GameOfThrones was merely a narrative in #Westworld.”

And another wrote: “Game of Thrones being nothing more than a Delos park in Westworld is legitimately a better ending than season 8.”

Also Read: 'Westworld' Creators on Those Massive 'Game of Thrones' Cameos and the Secrets of Park 4

*snort* What if Lee Sizemore actually wrote S8 of Game of Thrones? A lot of things would suddenly make sense. #Westworld https://t.co/FAPIkCdWo5

westworld is doing charity work by employing D&D after they ruined game of thrones also get drogon away from these beasts pic.twitter.com/pWdRurOX2u

NOOOOI!! Not a game of Thrones reference #Westworld

OK, that Game of Thrones cameo on Westworld last night may have been the most groan-inducing thing I have ever seen. Whoever thought this was a good idea obviously had not seen GOT Season 8 #JumpedTheShark @davechensky @jowrotethis

To find out game of thrones was just a park in Westworld universe would have been a better ending than what we got https://t.co/8Jj5cpdHJC

Looks like 'Game of Thrones' creators David Benioff & D.B. Weiss (+ Drogon) are hiding out from all the finale haters in #Westworld

The whole @GameOfThrones was merely a narrative in #Westworld pic.twitter.com/7fKZT4G5sH

That awkward moment when you find out Game of Thrones was just a simulation in #Westworld pic.twitter.com/QFT7oThAB5

me when I realized there was a D&D cameo in the middle of westworld but they ruined game of thrones so I couldn't be arsed to acknowledge their existence #Westworld pic.twitter.com/AMfOCMre4W

Park 4 is Game Of Thrones? HBO is trolling us. #WestWorld pic.twitter.com/X9mRo98Dvj

So Game of Thrones/Westeros being in #Westworld proves that David Benioff and D. B. Weiss are, in fact, shitty storytellers and don’t know how to write good narratives…. pic.twitter.com/0B3IWwOQJT

So D&D's characters wanting to butcher Drogon for money in Westworld was a meta acknowledgement of them butchering the story & characters in Game of Thrones right?

Game of Thrones being nothing more than a Delos park in Westworld is legitimately a better ending than season 8. pic.twitter.com/TytBjfNrTX

The new #Westworld was great but that #GameofThrones Easter egg was such a pleasant surprise, holy sh*t Game Of Thrones was just a world inside Westworld I think I’m geeking out pic.twitter.com/Sb1dR7O8He

Turns out Game Of Thrones Season 8 was just a malfunctioning Westworld simulation. All was going according to plan until Dany glitched out and flipped into murder mode, because of two incompetent tech guys who didn't translate her narrative properly. pic.twitter.com/wFSt31GmDm

So is Game of Thrones a park in #Westworld or nah ???? pic.twitter.com/1HLGAuE3Cl