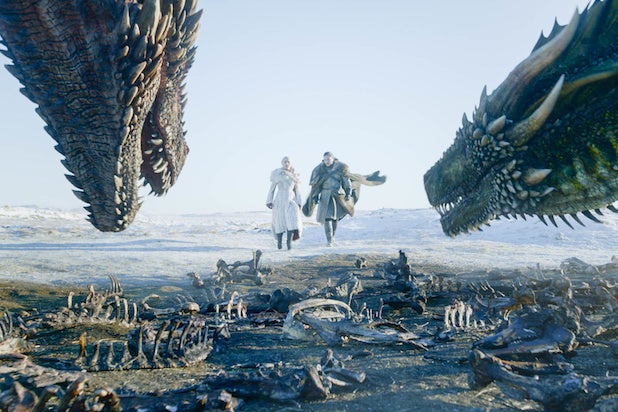 Fresh off smashing its own ratings records, “Game of Thrones” broke another viewership goalpost, this time in the United Kingdom.

The premiere of the eighth and final season of HBO’s fantasy epic drew an overnight audience of 3.388 million on Monday for Sky, split between the 2 a.m. live simulcast with HBO’s 9 p.m. ET showing, and a 9 p.m. repeat Monday night.

The overnight performance is up 20% over the launch of Season 7 (2.83 million) and up 12% over the previous record of 3.03 million for the Season 7 finale. That episode ended up drawing a cumulative audience — which factors in repeats and on-demand viewing/streaming viewing — of 4.97 million.

In the U.S., HBO pulled in 17.4 million multiplatform viewers Sunday, setting a new series record and accounting for “the largest night of streaming activity ever for HBO,” per the pay-TV channel.

The eighth season’s start, titled “Winterfell,” claimed that viewer tally when combining linear data, as well as that from HBO Go and HBO Now platforms, per HBO. When counting just those who tuned in “live” to watch the premiere on HBO at 9 p.m., the episode scored 11.8 million viewers.