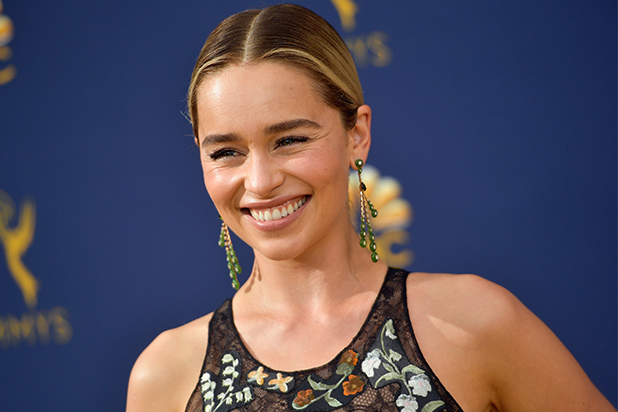 “Game of Thrones” star Emilia Clarke got a greeting meant for a queen from Houston Rockets mascot Clutch during Friday night’s Game 6 of the Western Conference Finals against the Golden State Warriors.

Clutch was casually strolling the length of the court with coffee in hand, when he spotted the Mother of Dragons sitting in the front row. He dropped his coffee, clutched – see what we did there? — his heart, and dropped to his knee

Royally embarrassed, Clarke blushed, laughed, and hid her face in her hands. Her presence was announced over the p.a., and the crowd erupted into cheers and applause.

The Rockets captured the moment on video, which you can see by clicking the link below.

Two episodes remain in the eighth and final season of “Game of Thrones,” which airs Sundays at 9/8c on HBO.