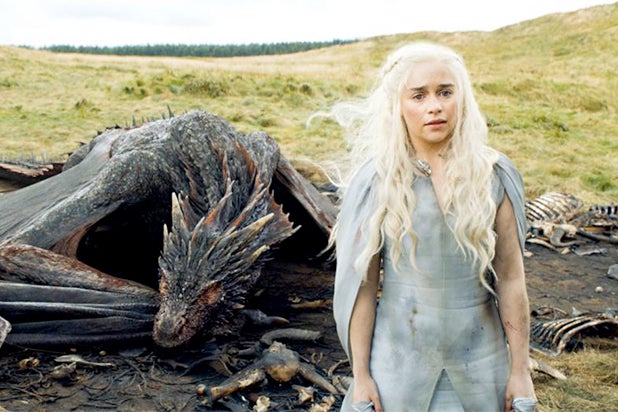 Emilia Clarke has no idea what’s actually going to happen on “Game of Thrones,” but she’s happy to join fans in making educated guesses.

During an EW interview that ran in conjunction with the Season 6 finale on Sunday, the Mother of Dragons predicted that rival Queen Cersei is going down next year.

“Basically, I’ve got ships, I’ve got manpower, I’ve got dragons that breath fire, and I apparently cannot be killed,” she said. “I don’t even have an attractive man who wants to take his shirt off anywhere near me now, so there are no distractions.”

Also Read: 'Game of Thrones': Who Will Be Daenerys' Husband? (Photos)

Clarke, who recognizes that Daenerys Targaryen is clearly having her power moment, believes Joran will return to help her rule the Seven Kingdoms. That said, she’s careful to not be too cocky: “With ‘Game of Thrones,’ you know when your character is looking good, that’s when you know you’re not safe. Because [the writers are] all, “Oh, do you like her? We’ll kill her!”

Headed to Westeros, Clarke is confident that her Fire will meet Jon Snow’s Ice at some point — but she has no confirmation on that, of course.