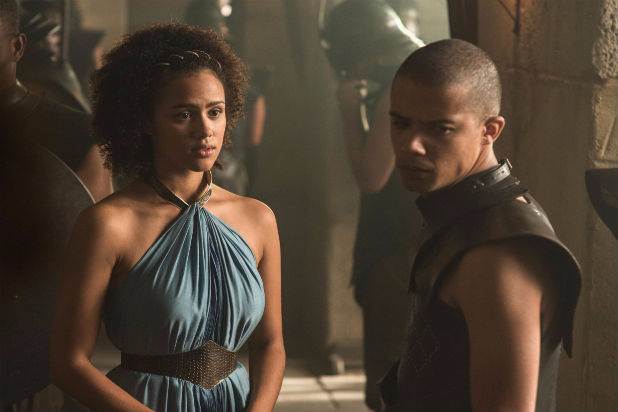 Winter is coming, and it may just blow your freakin’ mind.

In a recent interview with the Hindustan Times, “Game of Thrones” star Nathalie Emmanuel — who plays Daenerys Targaryen’s (Emilia Clarke’s) trusted adviser, Missandei, on the HBO fantasy series — discussed what’s to come when the show’s final six episodes hit next year. And, of course, it’s a lot.

“I think what we can expect from the final season of ‘GoT’ is just a real push,” Emmanuel told the outlet. “Like in the last couple of seasons, we have seen the pace of the show increase with the stakes getting higher and higher. There are so many storylines that have to come to conclusion. We have to play them out, so the pace of the show is continuing on that sense.”

Luckily, you have some time until your head explodes, as the cast has finished production, but the final batch of episodes aren’t coming until the first half of 2019.