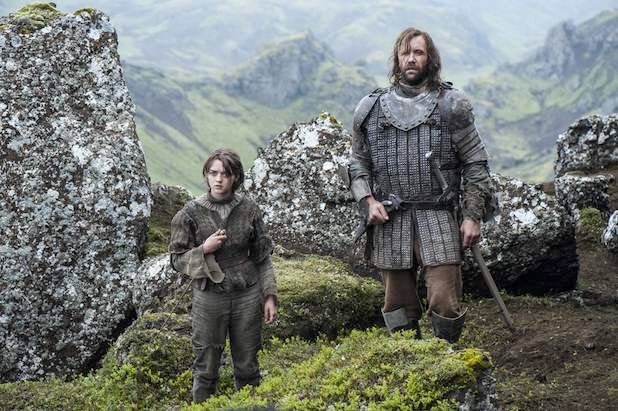 “Game of Thrones,” HBO’s most popular series to date, concludes its fourth season this week, and fans are eagerly awaiting to find out a few things.

What’s going to happen to poor, framed Tyrion Lannister? Will Arya Stark ever stop wandering Westeros with The Hound? Will Jon Snow’s mission to slay the King-Beyond-The-Wall succeed, or is another fan favorite about to die? Does Daenerys Targaryen regret banishing her right-hand man? What is to become of Bran Stark once he finds this  magical tree? Will there be any more gratuitous nudity this season?

HBO has released four new stills (above, below) from the finale that tease answers to none of those questions, but with creators David Benioff and D.B. Weiss promising “the best finale we’ve ever done, bar none,” we’ll take any goodies we can get.