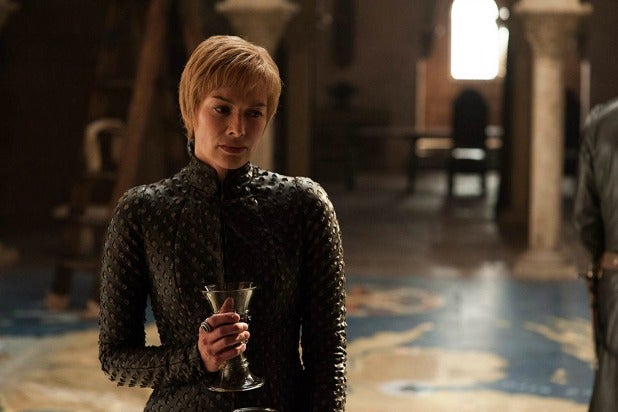 (This post does not contain any info whatsoever about season 8 of “Game of Thrones.” It’s merely a refresher for something that happened in season 7.)

We’re not far now from the end of “Game of Thrones,” and as the battle for Westeros approaches its conclusion, it’s important to remember one little but probably very important detail that could have easily been swept from your memory in the nearly two years since season 7 aired.

That detail is that Cersei Lannister (Lena Headey) is pregnant. This is a big deal because all of Cersei’s children — Joffrey, Myrcella and Tommen — are all dead, Tyrion (Peter Dinklage) has never had any children, and Jaime (Nikolaj Coster-Waldau) has been committed solely to Cersei since the beginning. The Lannister line has been in deep trouble.

Cersei told Jaime that the baby was his, and given her willingness in season 7 to be open about her relationship with her brother it’s likely that when this child is born it will be considered a trueborn Lannister and the heir to their house.

But the situation is complicated by the presence of Euron Greyjoy (Pilou Asbaek). Cersei has promised to marry him in exchange for his help against Daenerys and/or the Night King’s army of the dead. Cersei appeared to put off that marriage until any and all wars are ended, but who knows what’s going to go down in season 8 that could change her mind.

Regardless, Cersei’s pregnancy is a very important wrinkle in the overall “Game of Thrones” story because at minimum it’s going to make her even more hardcore and ruthless as we reach the climax of the series, if such a thing is even possible for the person who blew up the biggest landmark in King’s Landing and wiped out a huge chunk of the main cast in the process — including her own uncle.

Also Read: 'Game of Thrones': Why Jon Snow Is the True Targaryen Heir Instead of Daenerys

Thus fair only three characters on “Game of Thrones” know about the pregnancy for sure: Cersei herself, Jaime and Tyrion. It’s very possible that Qyburn also knows, since he is Cersei’s most trusted confidante at this point, as well as a handmaid or two — it wouldn’t be all that safe for the child for Cersei to carry it to term without some kind of assistance to make sure he or she is growing healthily.

Tyrion knowing about this secret is an interesting wild card that he may be able to use as leverage in the upcoming war — he may try to use a threat on Cersei’s life as a way to encourage her to step down without drawing out the battle. If there’s anything that might get Cersei to acquiesce quietly, it would be the knowledge that her own death would also result in the death of her child.

On the other hand, with her unborn child to fight for, Cersei truly is capable of anything as we head into the Long Night.