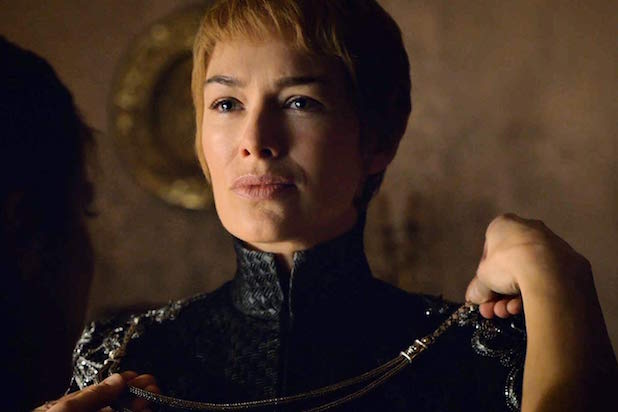 With the calendar soon turning to 2019, we’re less than five short months away from finally seeing how HBO will wrap up “Game of Thrones.” And there could be a few clues as to how the story could end that have been hiding in plain sight.

The Writers Guild of America West has a library that is open to the public, which features a treasure trove of scripts from all seven seasons of “Game of Thrones,” donated by co-creator D.B. Weiss and HBO. Vanity Fair perused all of them and uncovered a few facts that may give us an idea about the upcoming eighth and final season, of which everyone has been understandably tight-lipped.

As you gear up #FortheThrone, ask our librarians how you can read the Show Bible and pitch letter written by David Benioff and D.B. Weiss for #GameofThrones. #tvwriting #writersofinstagram #writing

Here are four things that caught our eye as we (impatiently) count down to the final season in April 2019.

Early in Season 7, Cersei (Lena Headey) tells Jaime (Nikolaj Coster-Waldau) that she’s pregnant, but at the time, some fans thought it was just a ploy to manipulate Jaime and Tyrion (Peter Dinklage). It certainly wouldn’t be out of the realm of possibility for Cersei to fake a pregnancy to hold on to her power — it’s very important to her.

But the script for that episode appears to show that it’s legit. For starters, in the scene when she tells Jaime, the script reads: “She nods, it’s true. [. . .] Her happiness is contagious. They get another chance at family. This time with no one standing in their way.”

And then later in the season, when Tyrion finds out she is with child, the script makes it seem like Cersei didn’t intend for that to happen: “Tyrion sees what he sees and knows what it means. He can hardly believe it, but knows it to be true. [. . .] She stays silent for too long, long enough to tell him that he’s right.”

So, at least for now, it appears another Lannister child is on the way.

2. Tyrion is in love with Daenerys

He’s betrayed by the only woman he ever loved when Shae falsely testifies against him in his trial for the murder of King Joffrey, carries on an affair with his father and then tries to murder him (getting herself strangled to death in the process).

When Tyrion meets up with Daenerys Targaryen in Esos and ends up becoming her Hand of the Queen, some viewers wondered whether Tyrion had more romantic interests in mind — something further hinted when he creepily watches Daenerys and Jon Snow in their bedroom at the end of Season 7.

Well, it appears that Tyrion was in love with Daenerys after all, and has been for some time, according to the script for the Season 6 finale, “Winds of Winter”:

“He studies her face. [. . .] Dany is staring into the distance so Tyrion is able to watch her from up close. Goddamn but she is beautiful. [. . .] He watches her for a beat too long and turns away. Lost in her own thoughts, she doesn’t notice that he’s flustered.”

That sure sounds like someone is smitten with a certain Targaryen.

3. That prophecy Cersei heard as a child that we all assumed was about Margaery? Maybe not.

At the beginning of Season 5, viewers are treated to a scene where a young Cersei is given a rather dark prophecy by Maggie the Frog, a “seer” who basically tells her that all her children will die (which, sadly, happened) and she’ll be usurped by a younger woman as Ruler of the Seven Kingdoms. Cersei, and most viewers, thought this was a reference to Queen Margaery Tyrell, who at that time was set to marry her (still-living) son, Tommen.

Cersei was able to vanquish Margaery — and a whole lot of other citizens of King’s Landing — when she set wildfire to the Great Sept of Baelor in the Season 6 finale. However, the script from her first meeting with Daenerys in Season 7 makes it seem she may not be out of the woods just yet in avoiding that last bit of the prophecy: “Cersei stares at her enemy, this baby-faced usurper who’s come to take what’s hers.”

That could explain at least some of the reason she gave Daenerys the cold shoulder and refused to help her and Jon Snow in the upcoming battle against the White Walkers.

4. The White Walkers were going to have their own language

The White Walkers are never heard speaking in any “Game of Thrones” episode, but that wasn’t always the plan. In George R.R. Martin’s books, he describes the Walkers as communicating in “inhuman shrieks” and “a chilling sound, like crackling ice.” The pilot script backs this up a bit: “These are not the noises of mindless predators. This is a language and whatever is speaking is getting closer.”

However, other than a shriek at the end of Season 2 that frightens Samwell Tarly (John Bradley), we never hear the White Walkers actually talk. The Night King’s eyes can say a lot, apparently.

For much, much more, go to Vanity Fair to read the whole article.

The eighth and final season of “Game of Thrones” premieres April 2019 on HBO.