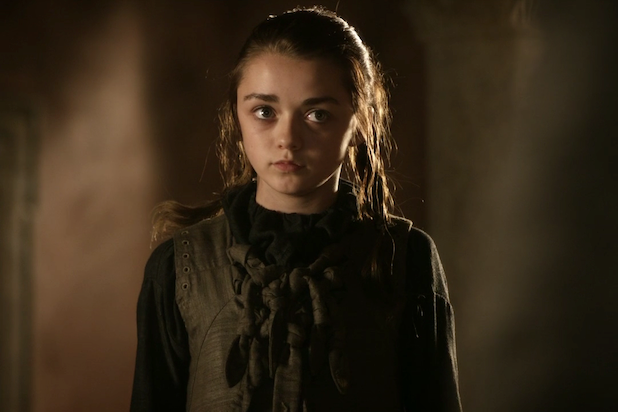 Maisie Williams will never forget Arya Stark’s name, as the “Game of Thrones” star says she swiped one item belonging to her iconic character before leaving the set of the long-running HBO series for good: her brown jacket.

“I can imagine it being something that I’m like, ‘Oh, I was on this show once upon a time and this was the jacket I wore,'” Williams told host Nick Grimshaw earlier this week while appearing on BBC Radio 1’s Breakfast show. “And my grandkids being like, ‘Please stop.'”

Williams said she “bawled” when the D.B. Weiss and David Benioff-created series wrapped production on its eighth and final season last month. The 21-year-old actress compared the experience of saying goodbye to the series she’s starred on for over 7 years to “cutting off an arm.”

“It’s been almost a decade,” Williams said. “I grew up with these.”

Luckily, the actress will have a little more time with Arya. Though the cast has finished production, the final batch of episodes aren’t coming until the first half of 2019, HBO programming chief Casey Bloys told reporters during the Television Critics Association press tour last month.

Pivoting to the spinoff series in the works, Bloys told TheWrap he hopes the prequel pilot from Jane Goldman will go into production in 2019.