Co-created by George R.R. Martin and “Colony” co-creator Ryan Condal, the 10-episode spinoff is set in the early days of Westeros and focused on House Targaryen. “House of the Dragon” is based on Martin’s “Fire & Blood” book, and takes place 300 years before the events of “Game of Thrones,” which wrapped its eight-season run earlier this year.

House Targaryen is the family that Emila Clarke’s Daenerys belonged to, along with her brother Viserys (Harry Lloyd) and nephew Aegon Targaryen a.k.a. Jon Snow (Kit Harington).

Miguel Sapochnik — who directed several fan-favorite episodes of “GoT,” such as “The Long Night,” “Battle of the Bastards” and “Hardhome” — and Condal will serve as co-showrunners on the series and executive produce alongside Martin and Vince Gerardis. Sapochnik will direct the pilot and additional episodes.

“The ‘Game of Thrones’ universe is so rich with stories,” Bloys said. “We look forward to exploring the origins of House Targaryen and the earlier days of Westeros along with Miguel, Ryan and George.”

The “House of the Dragon” announcement came hours after news broke that the “Game of Thrones” prequel pilot starring Naomi Watts had been scrapped at HBO. Ordered to pilot last year, that untitled project from Martin and “Kingsman” screenwriter Jane Goldman was set thousands of years before the events of the original “Game of Thrones” series in the era known as the Age of Heroes.

Production on the now-dead pilot wrapped over the summer, Bloys told reporters during the Television Critics Association press tour in July. At the time, he also told TheWrap the pay TV channel has one or two more “GoT” spinoff scripts it is “possibly” considering ordering to pilot, “But we’re gonna see what happens with this one.”

And now we know what happened.

See the logo for “House of the Dragon” below. 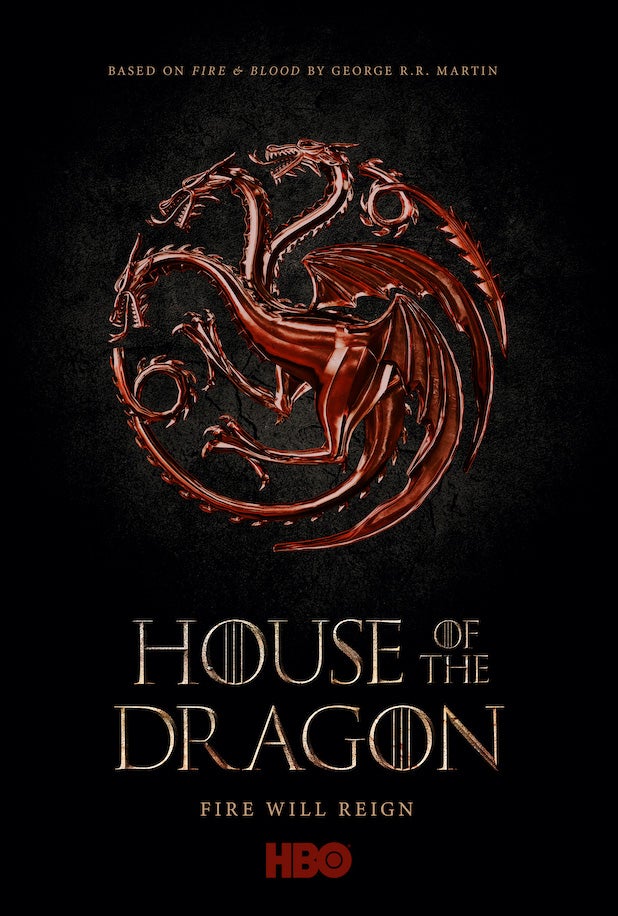