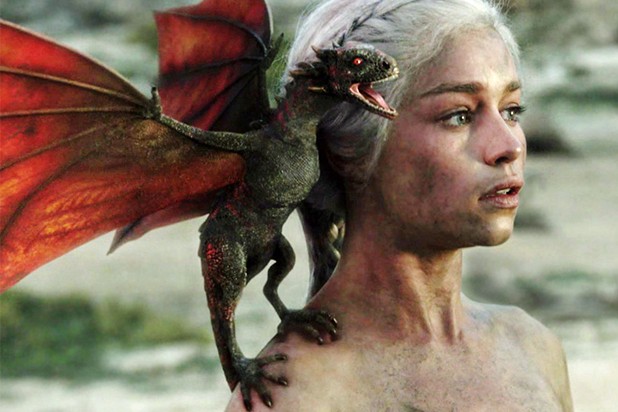 George R.R. Martin has shared yet another fact about the “Game of Thrones” prequel pilot — which may or may not be titled “The Long Night.”

While discussing his new book, “Fire and Blood” — which catalogs the history of Westeros before the current events of Martin’s “A Song of Ice and Fire” books and David Benioff and D.B. Weiss’ fantasy series — the author teased more about the upcoming project, which is set 10,000 years before “GoT.”

And, well, if you were hoping for a lot of the same elements of “Thrones” in its prequel, you might be disappointed, as this Westeros very different from the one we know now. For one, there won’t be Targaryens and there may not even be dragons, said Martin, who is working with HBO and showrunner Jane Goldman.

“‘10,000 years’ is mentioned in the novels,” Martin told Entertainment Weekly in an interview published Monday, while addressing how “recognizable” the series will be for fans. “But you also have places where maesters say, ‘No, no, it wasn’t 10,000, it was 5,000.’ Again, I’m trying to reflect real-life things that a lot of high fantasy doesn’t reflect. In the Bible, it has people living for hundreds of years and then people added up how long each lived and used that to figure out when events took place. Really? I don’t think so. Now we’re getting more realistic dating now from carbon dating and archeology. But Westeros doesn’t have that. They’re still in the stage of ‘my grandfather told me and his grandfather told him. So I think it’s closer to 5,000 years.”

“But you’re right. Westeros is a very different place,” Martin continued. “There’s no King’s Landing. There’s no Iron Throne. There are no Targaryens — Valyria has hardly begun to rise yet with its dragons and the great empire that it built. We’re dealing with a different and older world and hopefully that will be part of the fun of the series. [Goldman] is a tremendous talent. She flew into Santa Fe and we spent a week talking about her ideas. She’s going into territory that I haven’t explored very much in the books. I’ve hinted about them. But she’s a major writer, I love her work.”

The eighth and final season of “Game of Thrones” will premiere in April 2019.