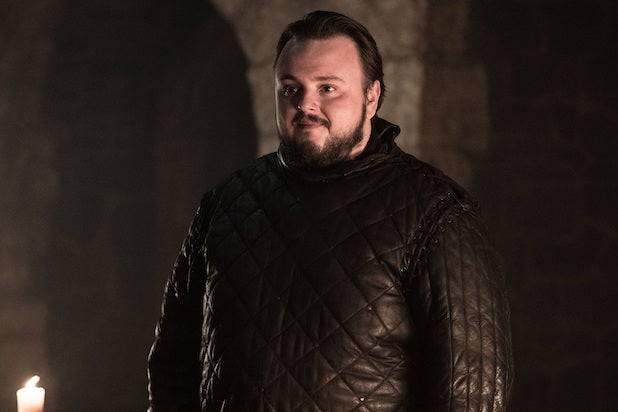 Samwell Tarly might be the nicest guy in the Seven Kingdoms. And during last night’s long-awaited premiere of the eighth and final season of “Game of Thrones,” Daenerys Targaryen made him cry. So what does that make her? According to John Bradley, who plays Sam, not a very nice person.

“Sam is now very, very aware that Dany is very imbalanced and very volatile and in quite a dangerous state with people,” Bradley told TheWrap in an interview Monday. “He sees with his own eyes, and is kind of connecting this to his own set of emotions, just how cold she is and how sacrificial she is in other people’s lives. And he learns the lengths that she’ll go to if somebody decides to disobey her and how her quest for power seems to know no moral code when it comes to that.”

Toward the end of the Season 8 premiere, titled “Winterfell,” Daenerys (Emilia Clarke) and Ser Jorah (Iain Glen) visited Sam, who had been hunkered down studying the books he stole from the Citadel to figure out how best to beat the Night King and his Army of the Dead. This is the first time Sam has met Dany since she arrived at the Starks’ ancestral home, but he has previously been acquainted with Jorah — having peeled all that Greyscale off him at the Citadel.

Dany specifically thanks Sam for his help in saving Jorah and pardons him for stealing the books and a sword from the Tarly home — and that’s when she puts two and two together. Dany realizes Sam is the son of Randyll Tarly and brother to Dickon Tarly, two men she happened to smite with her dragons because they wouldn’t bend the knee. And she tells Sam this in a very chilling way.

“When she’s talking to him and she’s telling him about his own family, she’s telling him kind of without any sense of compassion at all,” Bradley says. “She comes at it in a very clinical way, and a very cold and a very detached way. And it feels psychopathic, really, that she didn’t offer him any kind of comfort at all. She says, you know, ‘They refused to bend the knee.’ And that’s a very pragmatic way of dealing with it, ‘They disobeyed me, and so I killed them.’ And in that moment he sees what a dangerous figure she is and that’s what motivates him to tell Jon.”

Ah, yes, to “tell Jon.” The moment that comes next is Sam realizing — after a little nudging from Bran — that he must finally tell his best friend Jon Snow (Kit Harington) that he is really Aegon Targaryen, the son of Prince Rhaegar and Lyanna Stark and rightful heir to the Iron Throne.

But Sam has understandably been waiting to divulge this fact, because it leads to an awkward conversation in which Sam must tell Jon his lover Dany is actually his aunt (gah) and that the late Ned Stark, the man he thinks is his father, lied to him his whole life.

“He’s probably dreading telling Jon Snow that very sensitive piece of information because nobody wants to hear that,” Bradley says. “And also, Sam is not the kind of person who wants to cause any trouble for Jon Snow either. He just wants things to go smoothly for Jon Snow. It’s only because of the key piece of information about Jon actually being the true heir to the Iron Throne, it’s only because things are in such a precarious state with the person who everyone thinks should be on the Iron Throne, who is such a volatile character — that’s what is actually pushing Sam on to relay the information.”

And yes, Bradley says Sam does want Jon to rule Westeros, not Dany.

“[Sam] can see the trouble that she could spell, not only for Jon, but for the Seven Kingdoms in general,” Bradley said. “And also, you know, just the safety of his own family. Sam is always thinking about that. Sam is always thinking about the safety of Gilly and baby Sam. And what he was put on this earth to do is protect them. And he sees all of this put in jeopardy if we continue with this campaign of volatile, murderous, completely irrational behavior. So I think he’s very scared. He’s terrified of Daenerys after that. Terrified of what she’s capable of, and he wants to do all he can to put a stop to it.”

Oh, in case you were wondering — because we didn’t see them in the premiere — Little Sam and Gilly are doing just fine there in Winterfell. “Yes, they are safe in Winterfell. They are being very well looked after,” Bradley assured us, laughing.