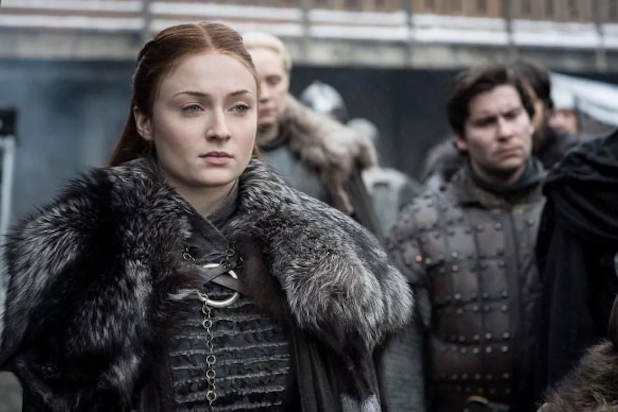 There is one running expression that continues to pop up whenever Sansa Stark (Sophie Turner) appears in the few glimpses of the eighth and final season of “Game of Thrones” that fans have been treated to ahead of its April premiere next month: irritation.

Yes, with one quick teaser, an official Season 8 trailer and several promo photos, we’re convinced that the Lady of Winterfell is not at all happy to be welcoming Daenerys Targaryen (Emilia Clarke) to the Stark family’s ancestral home.

And as Turner told TheWrap on Thursday, that could be because “she doesn’t look happy most of the time, ever. I don’t think I’ve ever seen her smile.”

But when Sansa is inviting Dany in, she’s also handing Winterfell over to the Mother of Dragons — who happens to be her brother Jon Snow’s (Kit Harington) new lover (and secretly aunt) — so that can’t be sitting well with her either.

“I think Daenerys is a threat to the things that she holds most dear,” Turner said. “But you never know, they might get on like peas in a pod.”

As for the woman that we know Sansa will never get on with, Cersei Lannister (Lena Headey), Turner says she wants a final-season showdown between her character and her archenemy just as much as you do.

“It’s definitely something that you could possibly see. And I would love to see Sansa have a face-off with Cersei,” she told us. “I think it would be a long time coming.”

And she wants her little sister, Arya (Maisie Williams), to help her get her revenge.

“Cersei is on Arya’s list, so I would love to see Sansa and Arya team up against Cersei,” Turner added. “But who knows, man. Who knows.”