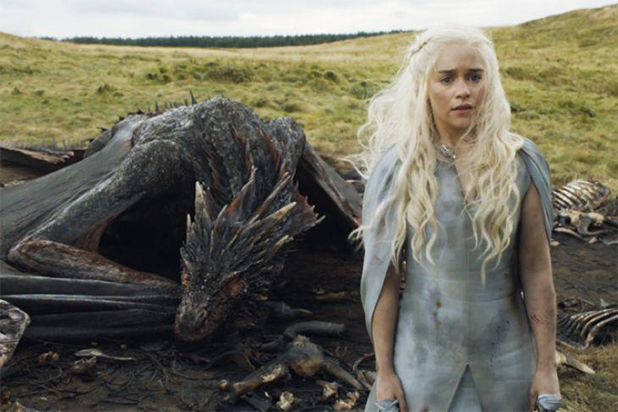 (Spoilers for the Season 7 finale of “Game of Thrones” exist below. Stop reading now if you have yet to watch “The Dragon and the Wolf.”)

The seventh season of “Game of Thrones” is in the books, and Cersei’s still sitting pretty on the Iron Throne. But with Jon Snow playing our protagonist, Las Vegas is betting we’ll have a new King of Westeros by the end of Season 8.

While the man also known as Aegon Targaryen is Bovada’s heavy favorite, gamblers have got other options. Here are the odds for pretty much everyone in the running to be the HBO epic’s new — and final — ruler:

Also Read: 'Game of Thrones': 'The Dragon and the Wolf' Is Show's Worst-Reviewed Season Finale So Far

Bovada also knows there’s a big fan debate over whether “The Hound” or “The Mountain” Clegane will meet their maker first. Sticking with the death theme, there are also betting opportunities on the ultimate demise of Cersei.

Also Read: 'Game of Thrones': Just to Be Clear, Here's How Jon Snow and Daenerys Are Related

Plus, are the dragons at least safe yet, or is another high-flyer going down? And finally, since we’re an entertainment trade publication (and that’s enough in the bloodshed department), there’s a good one about Season 8’s premiere ratings.

Bet the over, folks — and heavy.

How many viewers will tune in for the Season 8 premiere?
Over/Under: 11.5 million viewers

'Game of Thrones' 101: A Timeline of Cersei and Jaime's Complicated Relationship (Photos)

The weirdest power couple in Westeros is Jaime Lannister and Cersei Baratheon, twin brother and sister who have sex with each other. It's not just a casual thing -- they love each other. Their complicated relationship becomes extra complicated thanks to the events of "Game of Thrones," however. This is the story of those complications.