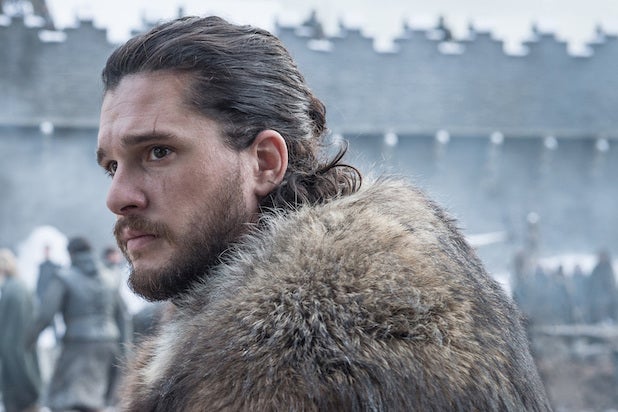 For all the “Game of Thrones” fans who were up in arms, pointing at maps of Westeros and screaming about how long it would actually take Dany to get from Dragonstone to north of The Wall via dragon during Season 7, we have some good news for you: Season 8 is going to follow a more logical timeline, according to the writers.

Yes, apparently the pacing of the HBO series’ upcoming eighth and final season is more in line with your expectations for inter-kingdom travel and whatnot. However, they still have their reasons for speeding things up a bit last season.

“You obviously don’t want any criticism of any kind,” writer Dave Hill — who penned the upcoming Season 8 premiere, which airs April 14 — told Entertainment Weekly in an interview published Tuesday. “But with all the things we were balancing to set things up for Season 8, sometimes we had to speed things up within episodes. We had a lot of time cuts the vast majority of viewers didn’t catch. We could have a [title card] on there saying ‘Three Weeks Later,’ but we did not. Sometimes when moving pieces around you’re going to cheat a little bit. [For Season 8], we tried to keep more of the time logic rather than jet packs.”

But not all of them even paid attention to your pacing complaints, including co-showrunner Dan Weiss.

“We don’t read a lot of that stuff,” Weiss told EW. “If somebody says, ‘I don’t like the way you do this,’ I have no idea what percentage of the people watching that opinion actually represents. If that opinion happens to surface louder on the internet, I still have no idea — it could be 1 percent of people that becomes an internet thing for 10 minutes and then it just seems like it’s more than 1 percent. But there’s no way of telling — nor am I interested in finding a way of finding out — how accurate those thoughts represent the broad spectrum of people watching. If you start thinking about that you’ll drive yourself crazy.”