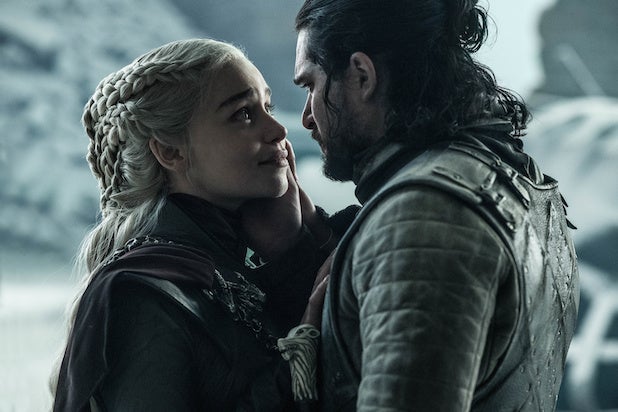 (Warning: This post contains spoilers for the series finale of “Game of Thrones” — if that wasn’t already obvious)

The 2019 Emmy-nominated screenplays have been posted online by the Television Academy, which means, yes, the series finale of “Game of Thrones” is now available for your reading pleasure. If you are up to reliving it today, that is.

Penned by showrunner D.B. Weiss and David Benioff, “The Iron Throne” is the only episode from the fantasy series’ final season that was submitted by HBO for a writing Emmy — and is widely considered to be the most divisive episode from the show’s eight-season run.

The backlash from some fans regarding the show’s ending is a topic Benioff and Weiss have yet to address, as the two were scheduled to participate in a Q&A during the show’s farewell panel at San Diego Comic-Con earlier this month, but dropped out at the last minute.

If you’ve recovered from however you felt after watching the finale, which aired May 19, then you can find the script here and dissect away.

Other Emmy-nominated screenplays for the current awards season are also online, including scripts for episodes of comedies “Barry,” “Fleabag,” “PEN15,” “Russian Doll,” “The Good Place,” “Veep,” and dramas “Better Call Saul,” “Bodyguard,” “The Handmaid’s Tale,” “Killing Eve,” and “Succession,” as well as limited series “A Very English Scandal,” “Chernobyl,” “Escape at Dannemora,” “Fosse/Verdon,” and “When They See Us.”

You can find those here.