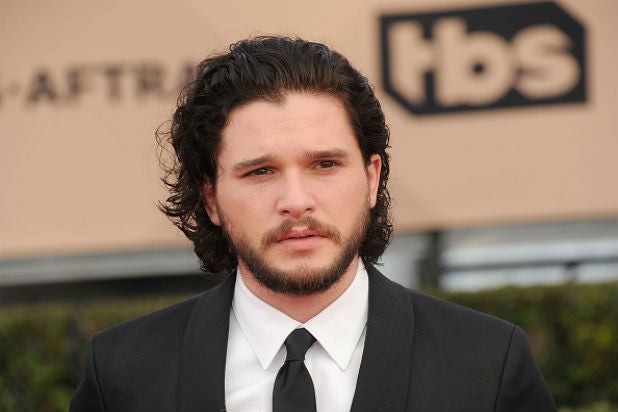 The actor said in a recent interview that he has dealt with problems in his own career due to “a sexism that happens towards men.”

“I like to think of myself as more than a head of hair or a set of looks,” Harington told The Sunday Times. “It’s demeaning. Yes, in some ways you could argue I’ve been employed for a look I have. But there’s a sexism that happens towards men.”

“There’s definitely a sexism in our industry that happens towards women, and there is towards men as well,” he continued. “At some points during photoshoots when I’m asked to strip down, I felt that.”

Harington is best known for playing Jon Snow on the hit HBO series “Game of Thrones.” His other notable roles include the 2014 period action piece “Pompeii” and the wartime romance drama “Testament of Youth,” released that same year.

Some might just argue that women have it worse than men. A recent study examined 2,500 female characters in the top 100 domestic grossing films, and found that only 34 percent of major characters were female, representing a modest increase from 2014. That represents a historic high.

In addition, TheWrap previously reported that Paramount and 20th Century Fox–two of the biggest studios in the world–have no female directors in place through 2018.

A tally found that 22 consecutive films from Fox — not counting Fox Searchlight, the studio’s art-house division — and 25 consecutive releases from Paramount had only male directors attached. So far, that covers all movies scheduled to hit theaters this year, next year and 2018 too.