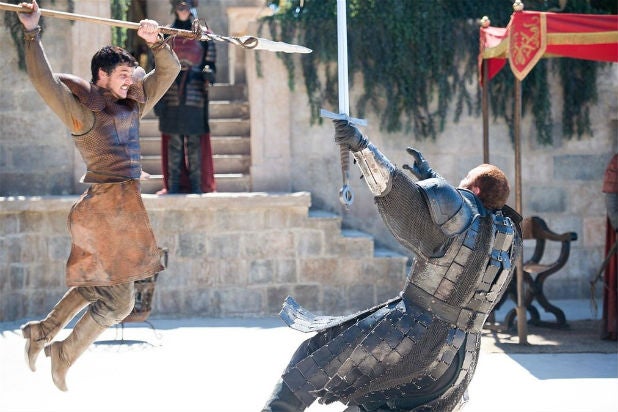 Break out the chainmail and choose your champion!

A Staten Island lawyer has filed documents with the New York State Supreme Court demanding that he be allowed to settle a court case in a trial by combat in a story straight out of “Game of Thrones.”

Richard Luthmann, an admitted fan of the HBO series, is facing accusations that he aided a client in committing fraudulent transfer. In response, he has officially requested that he be allowed to end the dispute in a fight to the death.

Luthmann then goes into a detailed history of the practice, going all the way back to the 11th century conquest of England by Duke William II of Normandy. He goes on to assert that no U.S. court has ever explicitly outlawed the practice.

“Since [1776], no American court in post-independence United States to the undersigned’s knowledge has addressed the issue, and thus the trial by combat remains a right reserved to the people and a valid alternative to civil action,” Luthmann writes.

Trials by combat have played a significant role in “Game of Thrones.” Tyrion Lannister (Peter Dinklage) has twice demanded the practice, most recently in Season 4 when he called on Oberyn Martell (Pedro Pascal) to serve as his champion when Tyrion was accused of poisoning his nephew Joffrey (Jack Gleeson).