Tweets about the final season of “Game of Thrones” spiked just after each episode ended, according to data provided by Twitter to TheWrap exclusively, meaning fans either intentionally or unintentionally decided to follow HBO’s request for “quiet in the realm” on social media during the airings of the last six episodes.

In the chart below, made up of Twitter data exclusive to TheWrap, you’ll see that for Episodes 1-6 of the final season of “Game of Thrones,” most tweets related to the show did not come until just after each installment ended. And before each new chapter of Season 8 aired, the show’s official Twitter account sent out some version of this “Quiet in the realm” tweet. 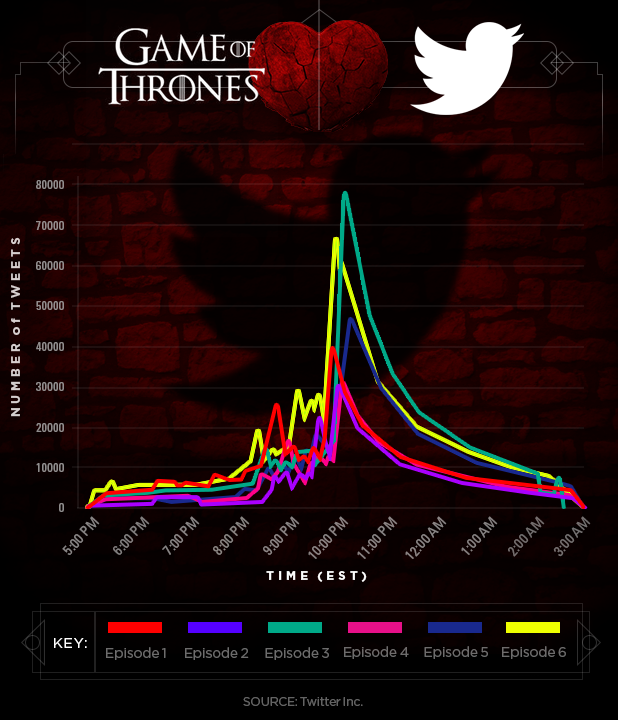 Also Read: Gwendoline Christie 'Very Much' Hopes for a 'Game of Thrones' Reunion in 10 Years

So you can be the judge of whether or not fans were just too engrossed in “Winterfell” (Episode 801), “A Knight of the Seven Kingdoms” (Episode 802), “The Long Night” (Episode 803), “The Last of the Starks” (Episode 804), “The Bells” (Episode 805), and the series finale, “The Iron Throne” (Episode 806), to tweet during the show — or if they actually decided to bend the knee to HBO’s limit-your-live-tweeting decree.

Whatever the correlation is, this particular live-tweeting pattern for Dan Weiss and David Benioff’s fantasy series is one Twitter hasn’t seen before.

“Watching the evolution of ‘Game of Thrones’ play out on Twitter over eight seasons has been incredible to watch,” Lara Cohen, head of partnership solutions at Twitter, tells TheWrap. “The way fans tweet the show is completely different than anything we’ve seen with fans live-tweeting their favorite shows in the past. Fans truly respect HBO’s request of ‘quiet in the realm’ … during the episode. But the second it ends, Twitter just explodes.”

Cohen continued: “There are millions of tweets sent from across the globe — from athletes to celebrities to the best meme-making fans. It’s this amazing real-time water cooler come to life, where everyone has an opinion.”

See below for more “Game of Thrones” final season Twitter data, which TheWrap has put into infographic form. 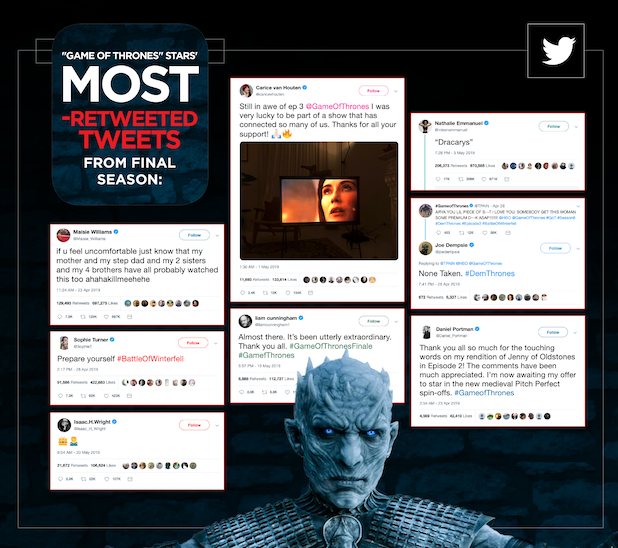 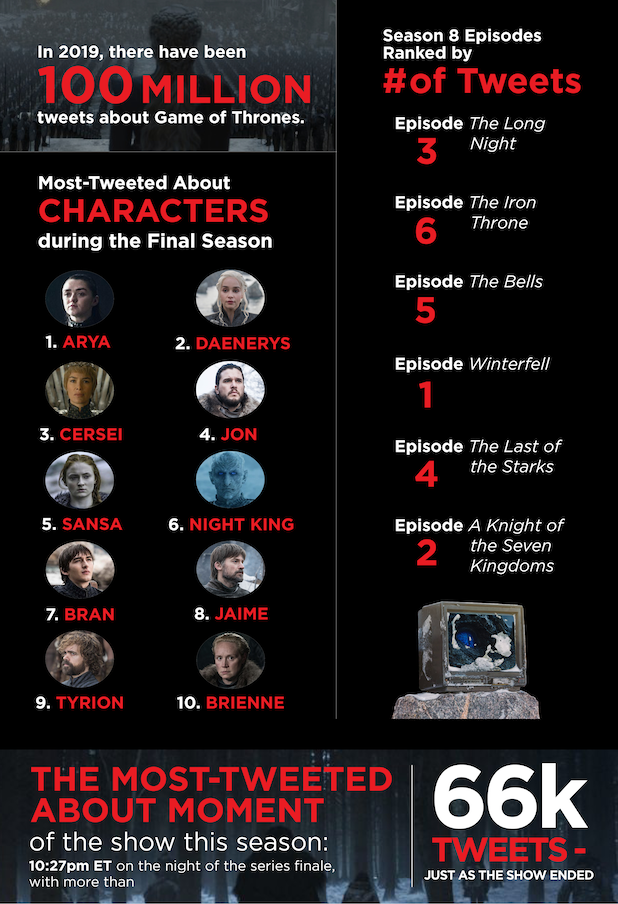