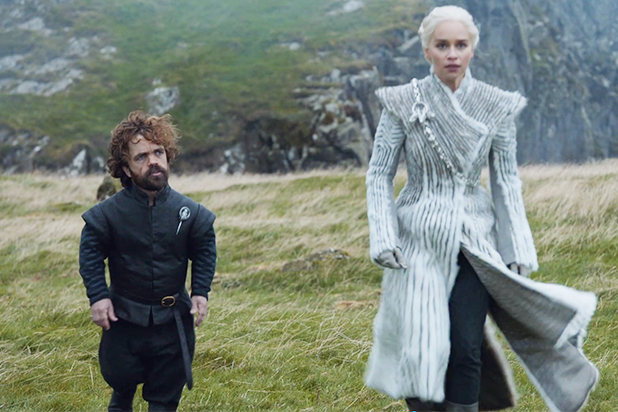 The secrecy around the final season of HBO’s fantasy epic “Game of Thrones” would make even Marvel Studios jealous.

But we finally know at least a few details about how the climactic eighth season will start, courtesy of a massive cover story on the final season in Entertainment Weekly. And it will kick off with a ton of callbacks to the show’s first episode.

The season will open at Winterfell, but this time instead of King Robert’s (Mark Addy) procession arriving, it’s Daenerys (Emilia Clarke) and her army. This leads to an intermingling of many of the show’s main characters, with some reuniting, others meeting for the first time. But they all have one common goal: To prepare for the invasion of the Army of the Dead led by the Night’s King.

“It’s about all of these disparate characters coming together to face a common enemy, dealing with their own past, and defining the person they want to be in the face of certain death,” co-executive producer Bryan Cogman told EW. “It’s an incredibly emotional, haunting, bittersweet final season, and I think it honors very much what George set out to do — which is flipping this kind of story on its head.”

In case you forgot, the seventh season ended with The Wall being burned down by the Night’s King’s fancy new Ice Dragon (an undead version of one of Daenerys’s three dragons that was killed by a spear last season).  Also, Jon Snow (Kit Harington) bent the knee to Daenerys (and then consummated their partnership more properly — despite viewers learning that Jon and Daenerys are blood related), and Sansa (Sophie Turner) isn’t too pleased, per EW.

Elsewhere, that aforementioned battle against the Army of the Dead will be the show’s biggest and most expansive battle scene ever filmed for TV. One episode, which will be an entire battle sequence, is being helmed by Miguel Sapochnik, who directed season six’s “Battle of the Bastards.” There were earlier reports that the scene took a whopping 55 days to film, but EW’s story said that was only for the outdoor scenes — filming continued for “weeks” after that.

“It’s brutal,” Dinklage said. “It makes the Battle of the Bastards look like a theme park.”

The one thing we still don’t know about “Game of Thrones” final season is a premiere date, though it’s expected to be sometime in the first half of 2019.

HBO is also at work on a prequel series, which may or may not be called “The Long Night,” having cast Naomi Watts and Josh Whitehouse as lead characters. Ordered to pilot earlier this year, the untitled project from “Game of Thrones” author George R. R. Martin and “Kingsman” screenwriter Jane Goldman is set thousands of years before the events of the current “Game of Thrones” series in the era known as the “Age of Heroes.”