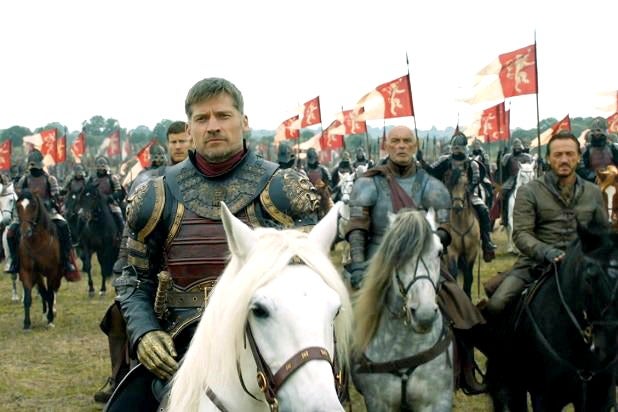 (Note: This post contains spoilers for everything through the July 30 episode of “Game of Thrones.”)

Don’t call it a Lannister comeback.

Just three episodes into Season 7, Cersei (Lena Headey) and Jaime Lannister (Nikolaj Coster-Waldau) have managed to turn their extremely losing position to a much stronger one. At the start of Season 7, they faced enemies on all sides: Daenerys Targaryen (Emilia Clarke) had crossed the Narrow Sea with an army of Unsullied and a Dothraki horde (plus three dragons), and she had allies. The Dornish and the Tyrells had come to her side, surrounding the Lannisters at King’s Landing with enemies.

It looked like there was no way Cersei and Jaime could even put up a decent fight, the deck was so stacked against them. It was almost a bit boring. Daenerys had overwhelming force if the Lannisters met her on the battlefield. But although Cersei has made a few strategic missteps in the past, she and Jaime have played this war perfectly so far, with strategic partnerships and a few extremely deft moves.

Also Read: 21 Big “Game of Thrones” Fan Theories for Season 7 and Beyond (Photos)

The first of those moves was lucky. Euron Greyjoy (Pilou Asbæk) showed up with his fleet of a thousand ships and looked to ally with the Lannisters and marry Cersei. Both Cersei and Jaime know he probably plans to marry his way to the Iron Throne and kill them both once he’s in position, but they’ve still managed to use him to their advantage. To show his worth, Euron went out and attacked the Iron Fleet of Yara Greyjoy (Gemma Whalen).

Euron captured Yara and Dany’s Dornish allies, effectively taking Dorne out of the game and wrecking half of Daenerys’ navy. It put a serious dent in the otherwise pretty good plan of Tyrion Lannister (Peter Dinklage): Lay siege to King’s Landing, then attack Casterly Rock.

Even though they’d lost their fleet and their Dornish allies, Dany’s Unsullied were still committed to attacking Casterly Rock, but now with no strategic advantage. The whole point of fielding the Dornish and Tyrell armies at King’s Landing was to tie up the Lannister forces with defending the city. Even though the plan was to avoid killing innocent people by attacking the city outright, Tyrion’s plan would have shaken the image of Cersei’s power in Westeros.

Instead, the Lannisters were free to make strategic moves of their own. When the Unsullied arrived at Casterly Rock, they took it because the Lannisters had mostly abandoned it. Jaime took the army to Highgarden instead and knocked out House Tyrell, destroying another of Dany’s allies and another of her armies. Meanwhile, Euron used his navy to ravage Dany’s remaining ships. So now her forces are stuck moving over land, instead of by sea, which is much faster and likely safer.

All of it is a good demonstration that even without their father, Tywin Lannister (Charles Dance), the Lannister kids are still a force to be reckoned with. A big part of that is that Cersei doesn’t have any kids left. Her three children were her driving force in seasons past, and all of her backstabbing, murdering and conspiring was for their benefit. Cersei had one goal, and that was protecting her kids from anyone who might hurt them.

She failed spectacularly at that goal, with all three of her children dying before Season 7. But now, Cersei’s hands aren’t tied anymore. She doesn’t have to worry about how her actions might create blowback that could put her kids in danger. All she has to think about is herself and Jaime, and that seems to be freeing her up for some seriously smart strategy.

Also Read: “Game of Thrones” Recap: Cersei Kicks Off Her Revenge Tour in “The Queen’s Justice”

Of course, from a storytelling standpoint, we saw a lot of this coming in some respect. There was no way Dany was going to show up in Westeros and march her way to the Iron Throne without some setbacks. But at the same time, we’re finally seeing what Cersei and Jaime are really capable of as leaders. Up until now, they’ve been held back, either by their father or by the constraints other people place on them. Now they’re free to try to annihilate their enemies with no regard for the politics or optics of those situations.

It could be argued that part of the problem for Daenerys is an unwillingness to fight dirty. Tyrion’s whole elaborate plan to take Casterly Rock and lock down King’s Landing was formulated with a specific goal in mind: save lives. Daenerys didn’t want to attack King’s Landing full force because it would have killed thousands of innocent people. This approach was meant to undercut the Lannisters while leaving most people largely safe.

But thanks to unforeseen consequences — namely, Euron’s sneak attack on the Narrow Sea that upended Tyrion’s whole battle plan — that might not be possible anymore. The Lannisters have proven themselves as formidable as ever, knocking out Dany’s allies, capturing strategic partnerships, and setting themselves up with the gold they need to keep fighting. Where it looked like Daenerys was unbeatable just two episodes ago, the Lannisters have more than evened the odds.

Also Read: “Game of Thrones”: The Key Events In The Series So Far (Photos)

The real question is how Daenerys is going to respond in her quest for the Iron Throne. She’s acutely aware of how people remember her father, Aerys Targaryen — “The Mad King,” who burned his enemies alive, both real and perceived. Dany is desperate not to turn into that kind of queen.

But it’s possible the Lannisters won’t leave her a choice. She still has her dragons and her Dothraki horde, but we know Cersei is working on a way to defeat the former. Is it possible for Daenerys to win the Iron Throne and unite the Seven Kingdoms without also turning herself into a monster? We don’t know yet for sure, but the Lannisters certainly aren’t making it easy.

Wondering where the Lannisters stack up against the other characters of “Game of Thrones?” Check out our gallery ranking every major character below.