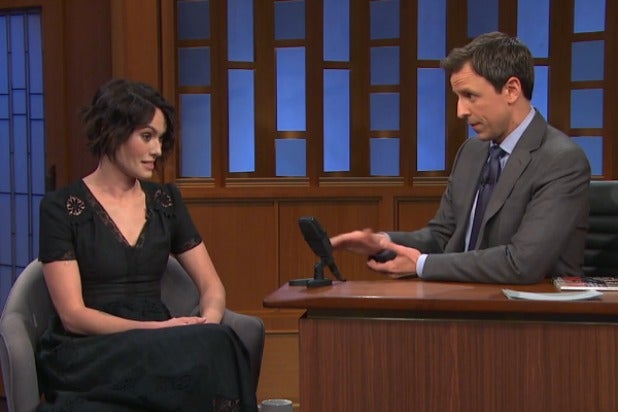 Oh sure: She’s in an incestuous relationship with her just-returned one-handed brother, and their son, illegitimate king Joffrey Baratheon, is a terror. And Cersei tends to drink a lot. But on Wednesday’s “Late Night,” Headey asked Seth Meyers not to judge her too harshly.

Also read: ‘Game of Thrones’ Author George R.R. Martin on the Show Catching Up to His Books: ‘It’s Alarming’

Anyone on the show can die at any time. Headey says she doesn’t read the books on which its based, but Meyers does. He asked Headey to read his face for spoilers.

They also talked about her hosting gig on “RuPaul’s Drag Race.” Headey says she loves drag. Meyers observed that the difference between “Game of Thrones” and “Drag Race” is that “Drag Race” has “more queens.”