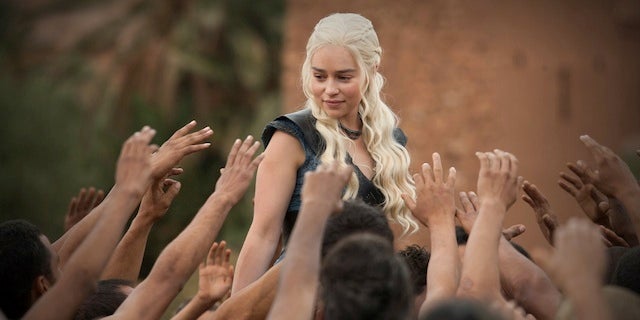 When it comes to piracy, "Game of Thrones" is in a realm of its own. On Sunday, it beat its own record for simultaneous downloads.

At one point on Sunday night, 171,572 people were sharing the HBO series' season finale simultaneously, according to TorrentFreak.com.

That's a new piracy record, which beat the show's previously held record during the premiere episode back in April, as TheWrap previously reported.

Back then, the site clocked 163,088 simultaneous fileshares for the Season 3 debut.

Despite the record amounts of illegal sharing of "Game of Thrones," the show's ratings don't seem to be suffering. The finale attracted 5.4 million viewers – a 28 percent increase over the Season 2 finale.

It also became the premium cable network's second-most-watched show season across all platforms with an average 13.6 million viewers per episode, beating "True Blood's" third season and second only to the fifth season of "The Sopranos."

And while the network previously told TheWrap that it has tried to minimize online piracy of "GOT," its programming president, Michael Lombardo, once said, “It is a compliment of sorts. [Piracy is] something that comes along with having a wildly successful show on a subscription network.”