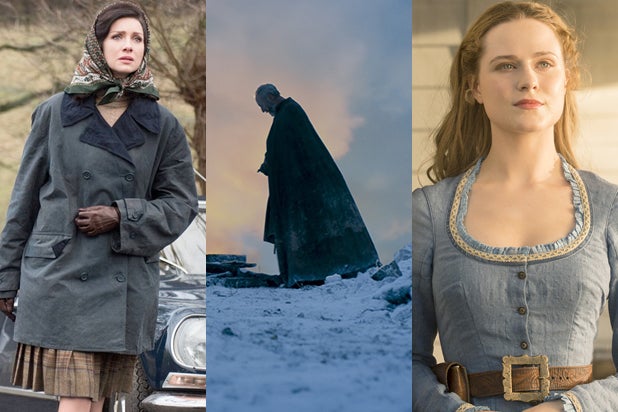 “Game of Thrones” scored two nominations, the most of any TV show, for the The American Society of Cinematographers’ 31st annual Outstanding Achievement Awards.

The HBO hit’s dual nominations came in the Regular Series for Non-Commercial Television category, for the episodes “Book of the Stranger” and “Battle of the Bastards.” The other nominees in the category are “Penny Dreadful,” “House of Cards” and “Outlander.”

In the Regular Series for Commercial Television category, “Mr. Robot,” “Preacher,” “Underground,” “Gotham” and “Manhattan” will be competing for the top prize.

“Harley and the Davidsons,” “Westworld,” “The Night Of,” “The Exorcist” and “All the Way” are all nominated for Movie, Miniseries or Pilot for Television.

Winners will be revealed at an annual ceremony on Feb. 4, 2017. See the full list of nominations below.

Movie, Miniseries, or Pilot for Television
Balazs Bolygo, HSC, BSC for Harley and the Davidsons, “Amazing Machine” (DISCOVERY)
Paul Cameron, ASC for Westworld, “The Original” (HBO)
Jim Denault, ASC for All The Way (HBO)
Alex Disenhof for The Exorcist, “Chapter One: And Let My Cry Come Unto Thee” (FOX)
Igor Martinovic for The Night Of, “Subtle Beast” (HBO)